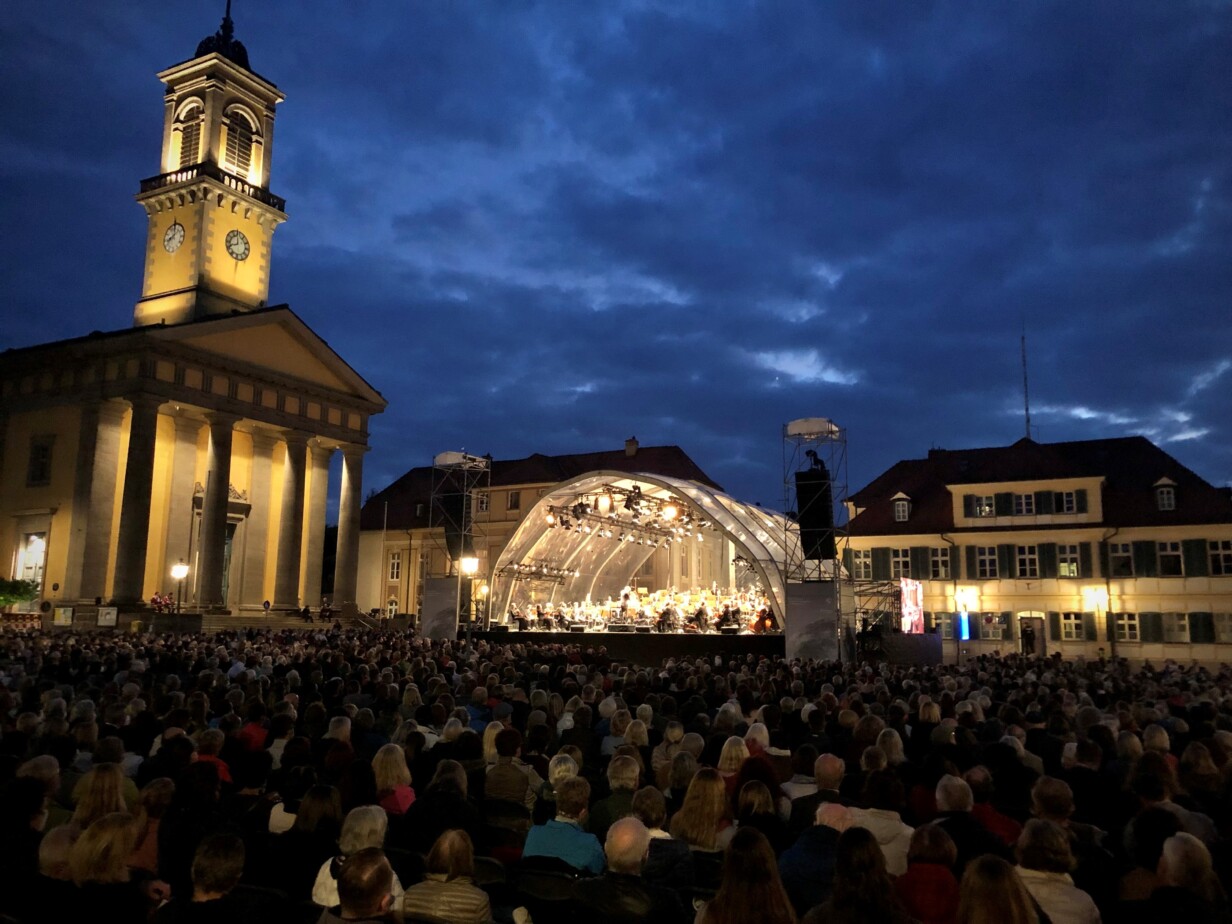 Opera Open Air and for all

Ansbach celebrates 800 years with "Opera for all"

800 years of the city of Ansbach – according to the occasion, the entertainment was also bombastic: The Bavarian State Opera opened its season for the first time ever outside of Munich and transformed the Karlsplatz in Ansbach into an open-air opera house with the “Opera for All”. satis&fy provided the appropriate lighting and sound technology on behalf of H&H Eventconsulting.

The name was program 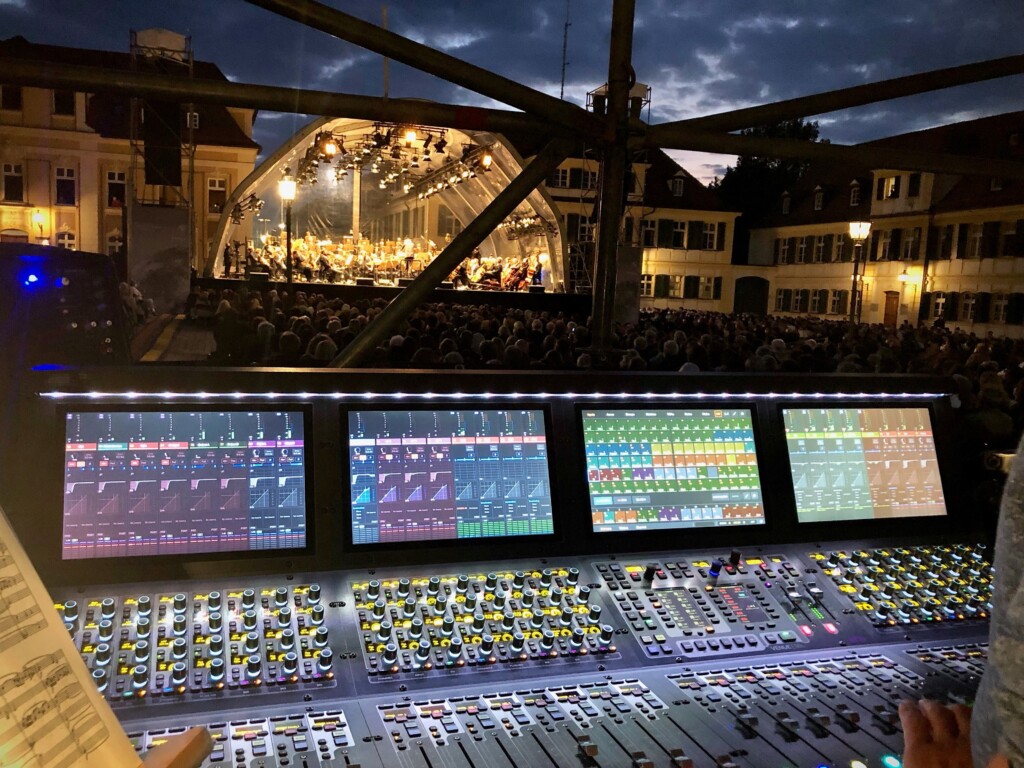 Elegance, emotion and emporiums – these are the images in our mind’s eye when we think of the opera. A lot more relaxed, but no less exciting, was the mood at the city anniversary in Ansbach. Because at the open-air event “Opera for All”, the name said it all. Everyone who wanted to listen to the concert of the Bavarian State Opera on Friday on Ansbach’s Karlsplatz could do so. The tickets, which had to be reserved in advance, were only used for contact tracking, or were part of the hygiene concept for the event. None of the nearly 3,000 visitors had to pay for the ticket.

Live and in attendance - culture for all, technology by satis&fy

Jörn Busch: “In particular, public events such as city festivals or anniversaries are incredibly versatile. For us, it’s great to be involved again in making cities and culture an experience for everyone.”

The high number of visitors again proved one thing above all: The hunger for public events and culture is unbroken and as great as ever. It is therefore especially nice that, for once, not Munich but Ansbach was chosen as the season opening venue for the Bavarian State Opera. With a tenor, a soprano and bombastic-sounding pieces by various composers, Karlsplatz became an opera hall for one night.

Of course, the technology must also be right – especially at open-air events – so that voices and instruments can have the right effect. A K1 system from L-Acoustics (K1, K2) was used for homogeneous and clear sound reinforcement of the square, with which the entire frequency spectrum of classical music can be reproduced. Following the philosophy of the manufacturer: “The best sound comes from one source”.

Since the audience was positioned at a 180° angle around the stage, a Syva system was also used to provide the audience with a perfect sound experience right up to the rear edge of the stage. The mixing console was an Avid S6L 32D with a large E6L-192 engine, enhanced by plug-in power from Waves.

To put the concert in the right light, the orchestra pavilion and the imposing buildings around Karlsplatz were illuminated in warm tones. 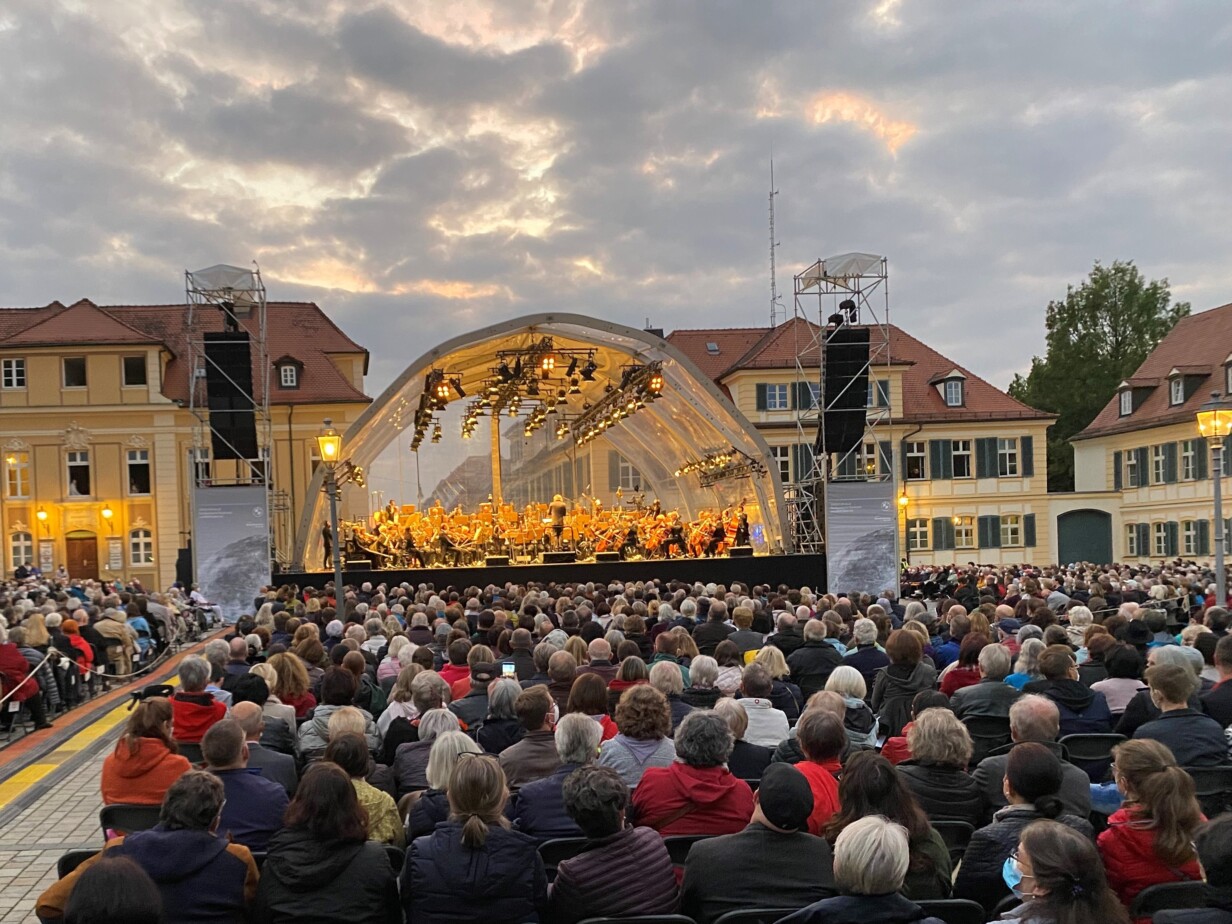 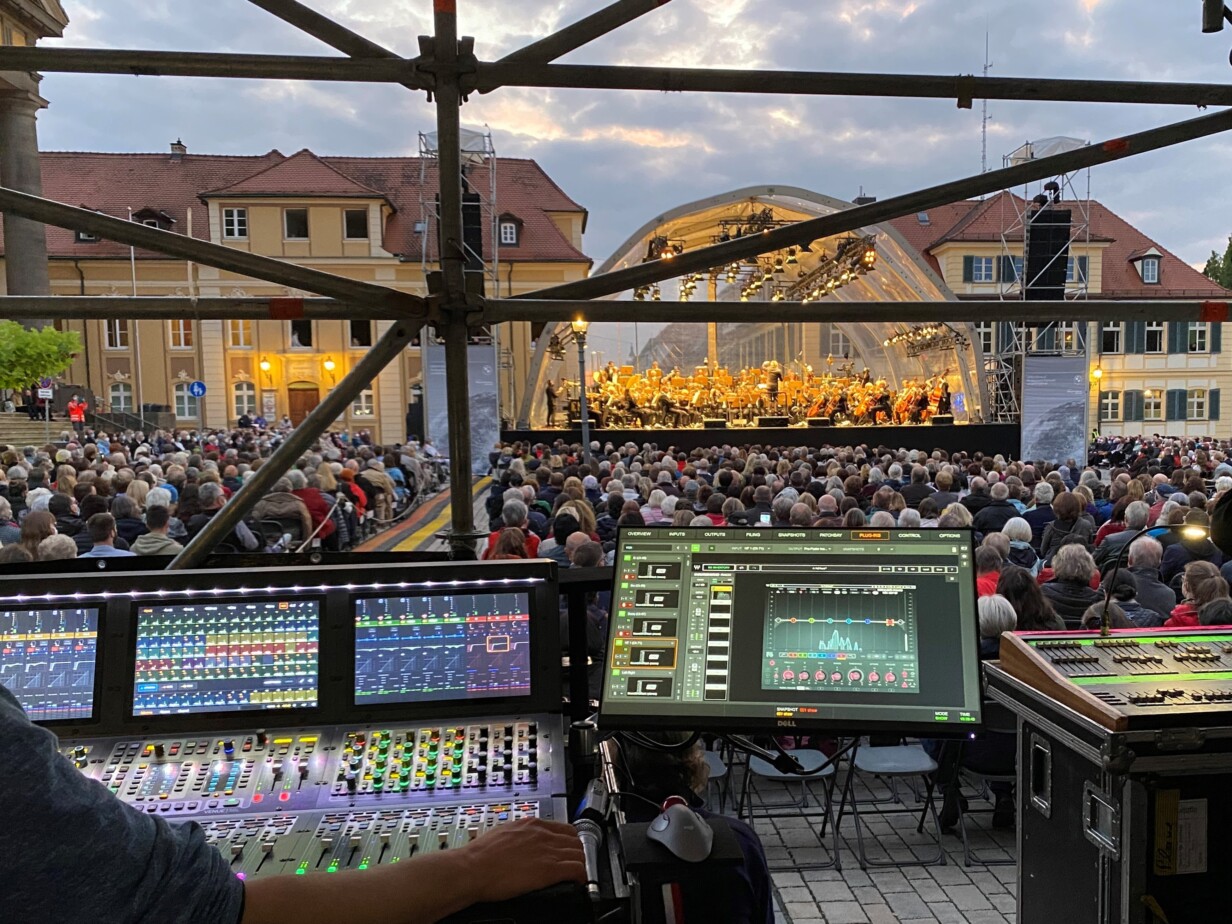