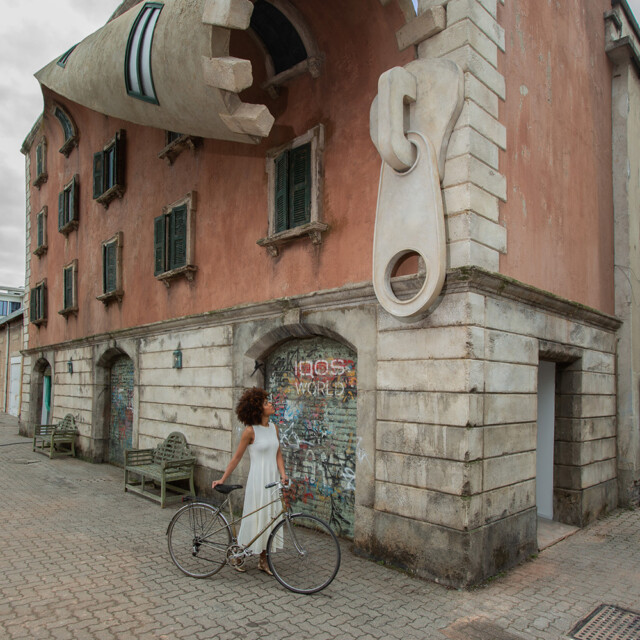 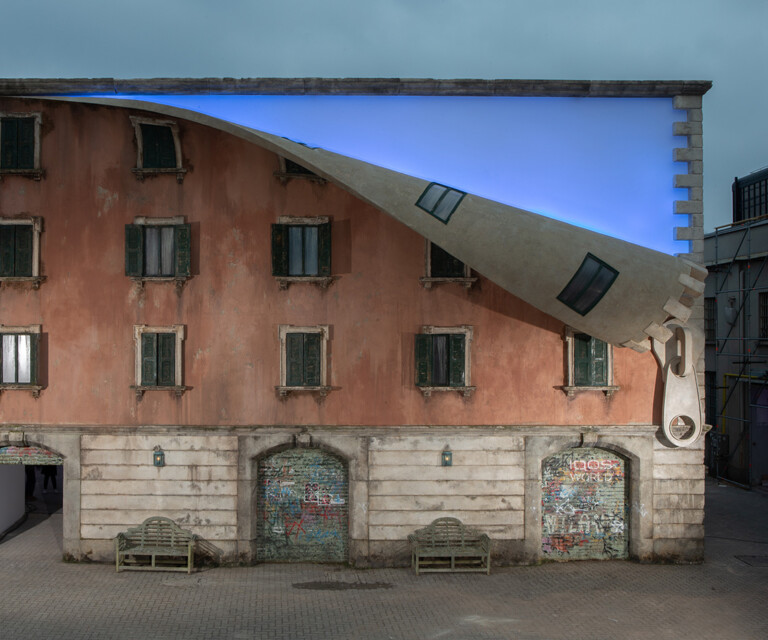 The Spazio Quattrocento, revamped to the specifications of Alex Chinneck, made quite a splash at the 2019 Milan Design Week on April 9 through 14. Philip Morris had asked the British artist to reinvent this venerable but vacant building. Chinneck came up with a remarkable installation called IQOS World Revealed; satis&fy got the nod to build and then install his artworks on site in Milan.

The production company won a Gold 2020 BrandEx Award in the Planning, Craft, Production category for realizing IQOS World Revealed as envisioned by Alex Chinneck. The British artist is known for putting a fresh perspective on public venues such as buildings. Chinneck lived up to his reputation with an elaborate yet charming reinvention of the Spazio Quattrocento that lent this downtown Milan building a very different look.

Teams at four satis&fy locations – Karben, Werne, Berlin and Hilversum – handled the pre-production. With the artist’s 3D models providing the blueprints, these specialists performed the structural calculations, selected and sourced suitable materials, and produced a host of special builds. The company’s project and technical managers orchestrated the logistics and coordinated approval processes. A 70-strong satis&fy team of all trades spent two and a half weeks installing the scenic props in Milan. The building opened to the public just in time for the Milan Design Week with a captivating sculptural look that wowed audiences indoors and out.

Chinneck often visited the satis&fy’s Werne location during pre-production. Its carpenters, scenic painters and steelworkers did much of the key preparatory work. A fleet of fifteen trucks set out from the various satis&fy locations to haul their special builds and associated technical equipment to Milan. Philip Morris had approached satis&fy directly, asking the company to contribute its scenic and graphic design, planning and technical skills to the project and take on all the production and installation jobs. The challenging task of setting up the installation in Milan went swimmingly with all services sourced from a single provider.

The project involved three main builds – one outsized zipper on the Spazio Quattrocento’s façade, and two more on the floor and a wall inside the building.

Covering 17 by 10 meters of the façade, the exterior artwork was 4.5 meters deep. A curved steel component weighing three tons conveyed the impression of zipper peeling back the building’s front face. Most of the applied elements consisted of CNC-milled polystyrene, structured, painted and aged with faux patina. Designed to wrap the building in a new envelope, this huge installation presented a daunting structural challenge. It also had to be rugged enough to hold up to winds and adverse weather.

The team chiseled an 80-by-100 centimeter hole into the foundation to accommodate the floor-bound artwork. It then built a 220 square meter-raised floor, mounting and painting 11 metric tons of dry screed by hand to conjure a concrete look in the designated color. The zipper, a custom metal build, featured with 314 teeth, seamlessly backlit by a light box set into the floor.

The wall-mounted zipper and stairs were made of more than 3,000 kilos of steel, but the installation weighed far more than that with 2,000 kilos of various types of wood, 2,800 kilos of chipboard, 2,100 kilos of white staircase panels, and several kilos of filler and paint adding to the total. The staircase, landing, stairwell and bordering corrugated 12-centimeter wall with an overhang of nearly two meters were all special builds. The team also installed a 28 square-meter light box to serve as the back wall.

The IQOS Logo Wall figured prominently alongside these artworks. Another special feature was an extra-large, custom LED room divider with an area of almost 130 square meters. It hid the access points to the machine and storage rooms. Self-supporting Layher scaffolding served as the substructure for this build. The crew installed 365 meters of beams and theater boards faced with 140 square meters of chipboard and drywall paneling to build the wall. Sixty 60 light boxes of various sizes and 160 LED panels, controlled individually via DMX, illuminated the logo wall in the desired hues.

Projects of this scale usually take years of planning and construction; satis&fy completed all the pre-production work for Chinneck’s IQOS World Revealed in just eight weeks and dispatched the various components to Milan with time to spare. The meticulous planning and close collaboration with the artist certainly paid off. With plenty of peoplepower deployed to do the heavy lifting, the project came off without hitch. Attracting a far larger audience than expected with 200,000 visitors stopping by to admire the artworks, it was the crowd favorite and definitive highlight of the 2019 Milan Fashion Week. 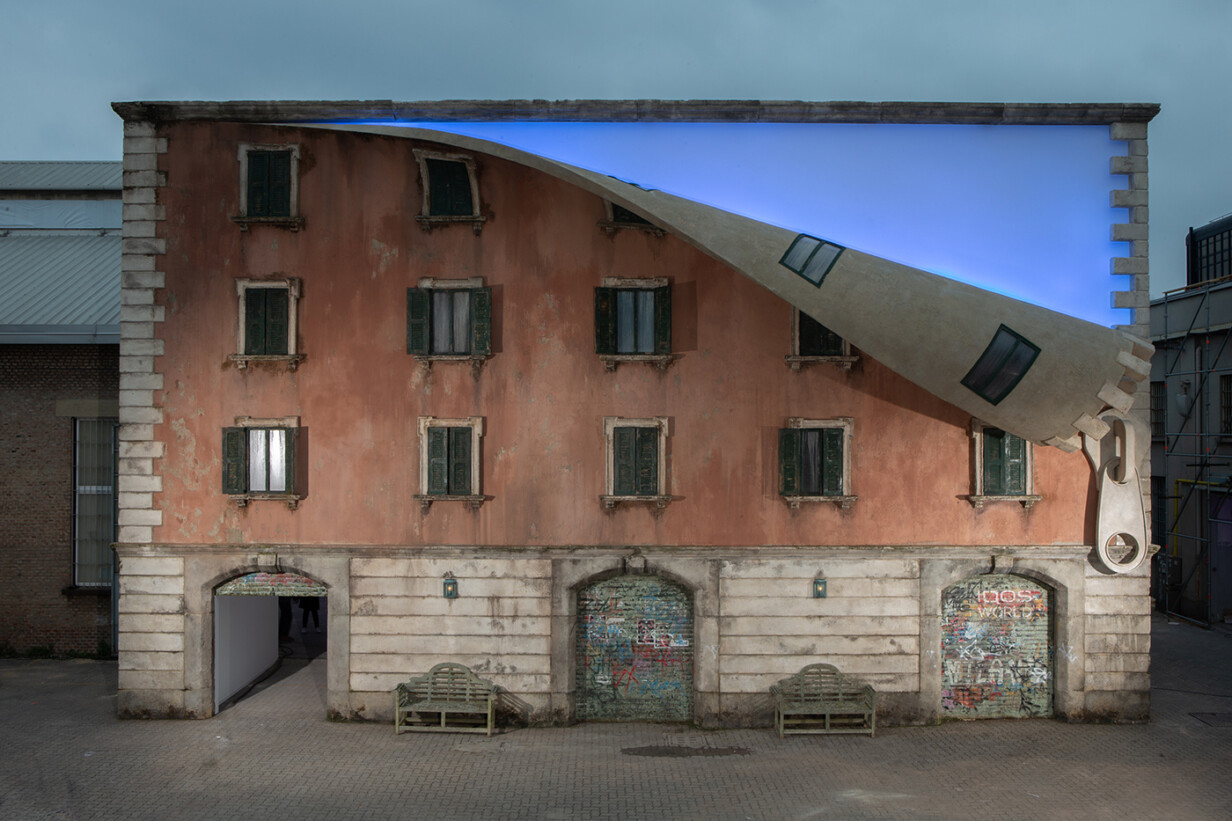 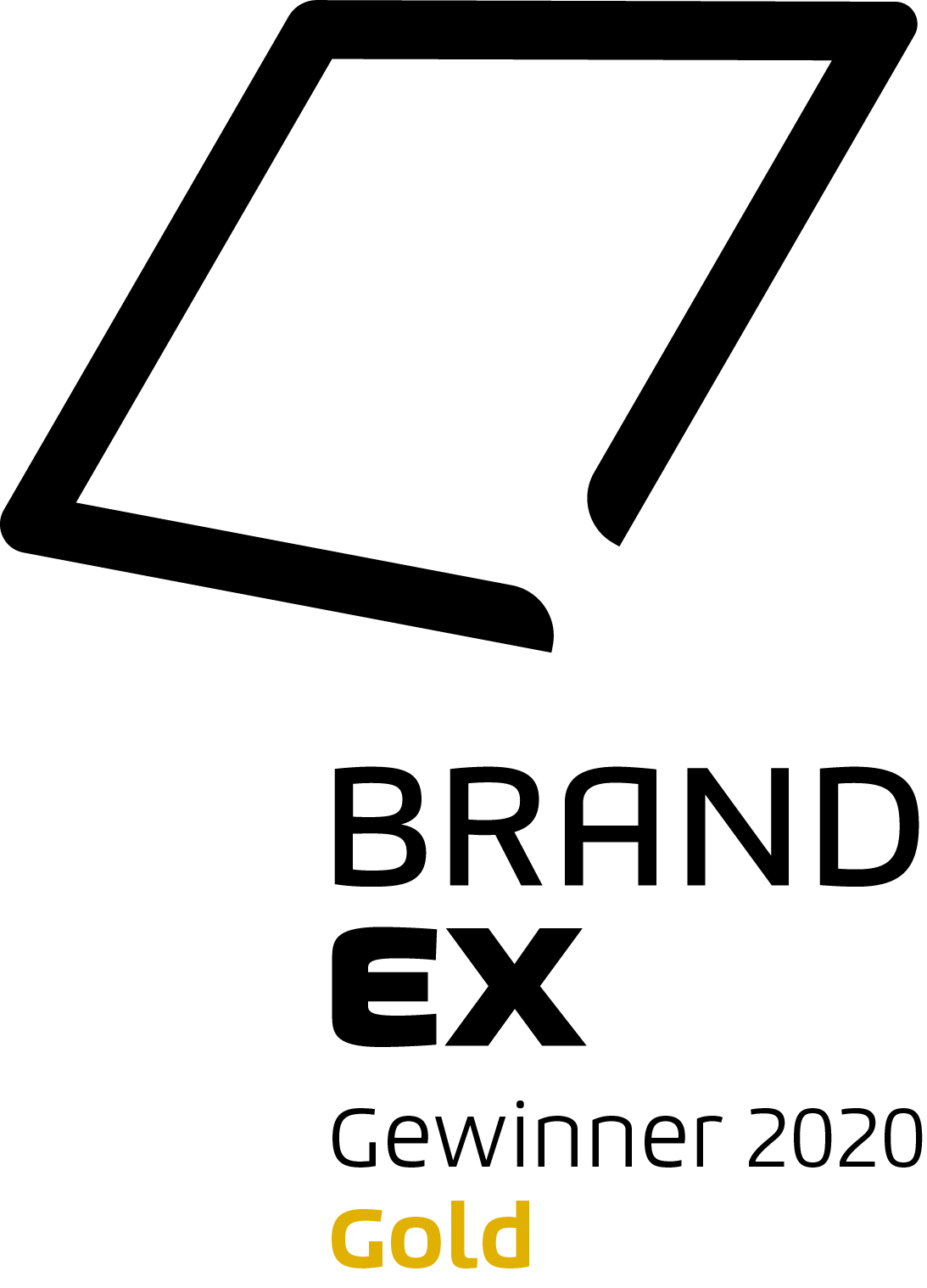 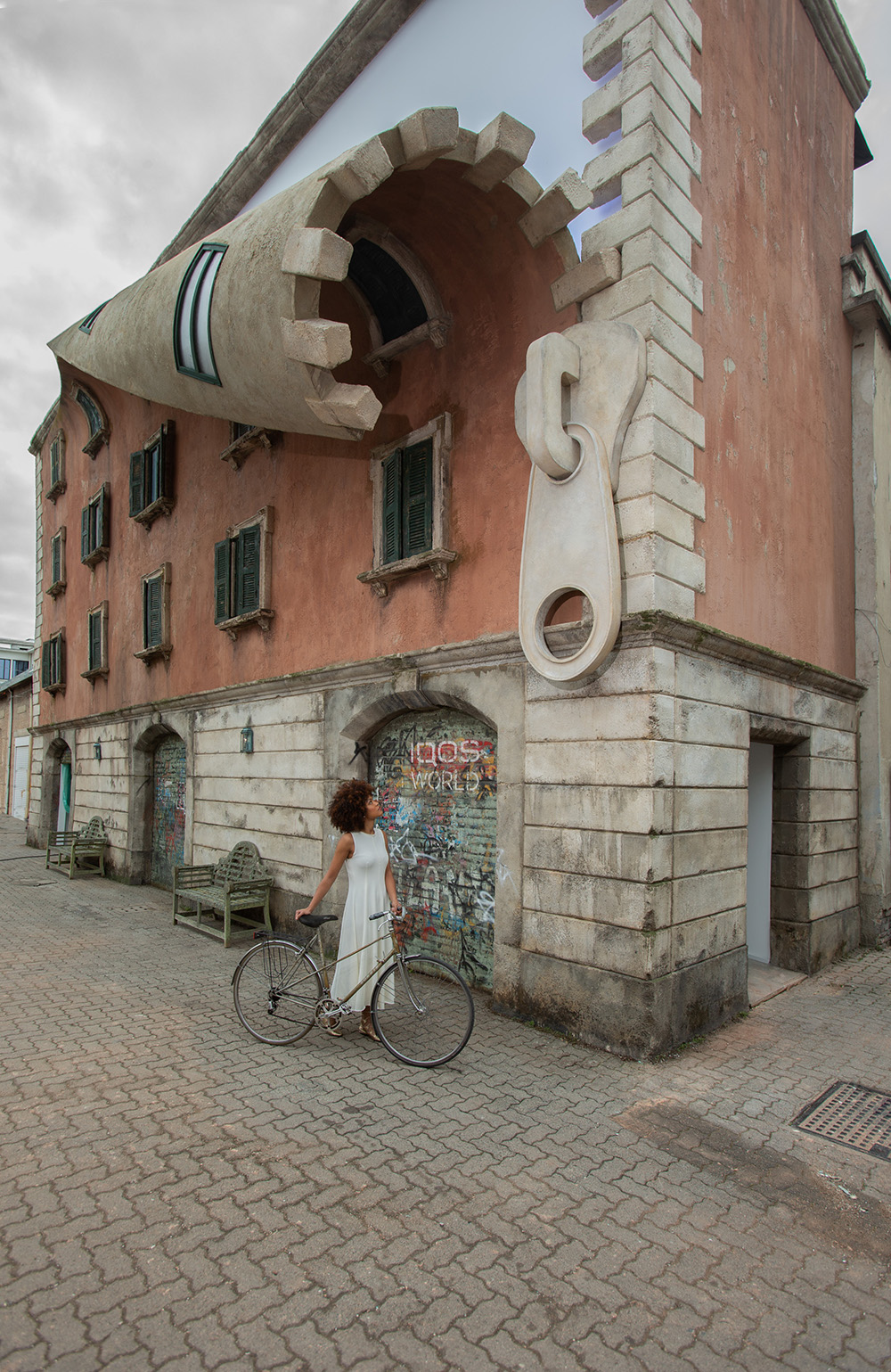 Our goal is to increase your brand value.

From corporate and consumer events to live entertainment, room-in-room installations, trade fairs and special constructions – we create impressive stages for the visions of tomorrow’s live communication.

We stage spatial experiences, implement impressive presentations, develop three-dimensional brand worlds and design live experiences that fully capture the attention of your guests and bind them even more intensively to your brand.

We accompany you from the first request, through the creation of an event design and the detailed technical planning of all services up to the implementation on site and follow-up – professional, budget-oriented and reliable.

Everyone is talking about the symbiosis of digital and physical components. How wonderful when both come from one source!

Our components of orchestration: