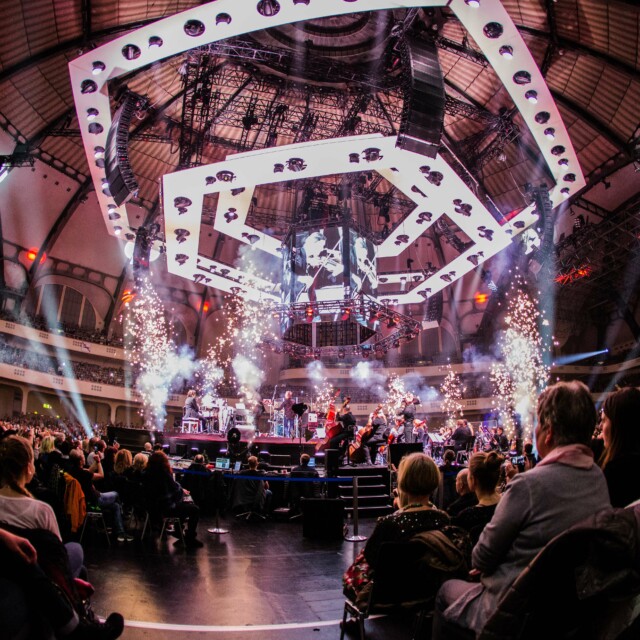 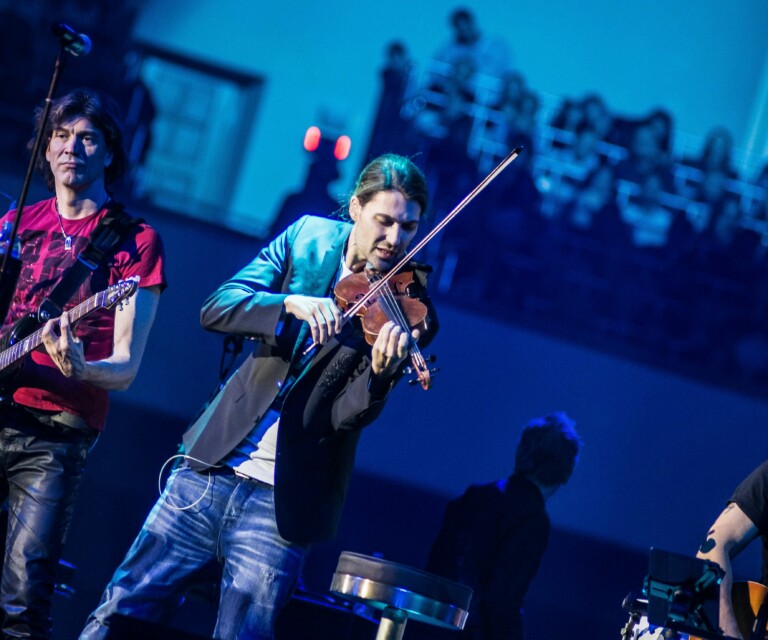 As part of his 2016 tour concept, David Garrett came up with a new stage concept in order to bring the music – in the truest sense of the word – even more at the center of the show experience. A 360-degree stage that met all the requirements of David Garrett, his band, the orchestra and of course the audience. “Explosive” was the motto of the tour. The music, the feelings, the atmosphere – it had to all be explosive!

For lighting designer Gunther Hecker (CUE Design), these were typical, everyday challenges. During performances, the work is basically done. The whole thing should now “simply” work. The planning work and intensive preparations begin a good year before the tour. For the eight lighting technicians deployed by satis&fy during this project, the work started later. satis&fy project manager Robert Schwarz and his team determined the material, put it together and packed it. The start of the tour was intense. The working days lasted from 7AM to 2AM; performed in shifts. Three to four days of work, one day off – over several weeks. Robert Schwarz said: “During the tour, automatisms were created ensuring that set-up and dismantling go as smoothly as possible, while also guaranteeing safety and reliability.” The basis for this was laid out in the run-up to the tour. During a three-day rehearsal, Robert and the satis&fy lighting crew fine-tuned the details. Gunther Hecker was also back on site checking the implementation of his concept.

Three different sized, hexagonal, mobile traverse constructions floated concentrically grouped in the stage sky. The integrated lamps and pyrotechnics perfectly followed the choreography. It complimented the personality of the artist: violinist Garrett was in the middle of the hall on a rotating pedestal – the center of focus. Everything revolved around him: the audience, the musicians, the world. Lasers, lamps and pyro effects suddenly created spaces of light in the room. An architecture of its own arises out of nothing, in which the artist is exposed or integrated into the public according to need. A six-sided video cylinder hovered centrally between the ceiling hall and the artist. Clips played there reflected the faces of the virtuoso musician, facets of his oeuvre. Garret’s talent: translating this highly complicated, crazy world into music, uniting seemingly incompatible styles into one piece of music with the help of his instrument, to make it understandable for everyone. This became clearer than ever on his “Explosive!” tour. 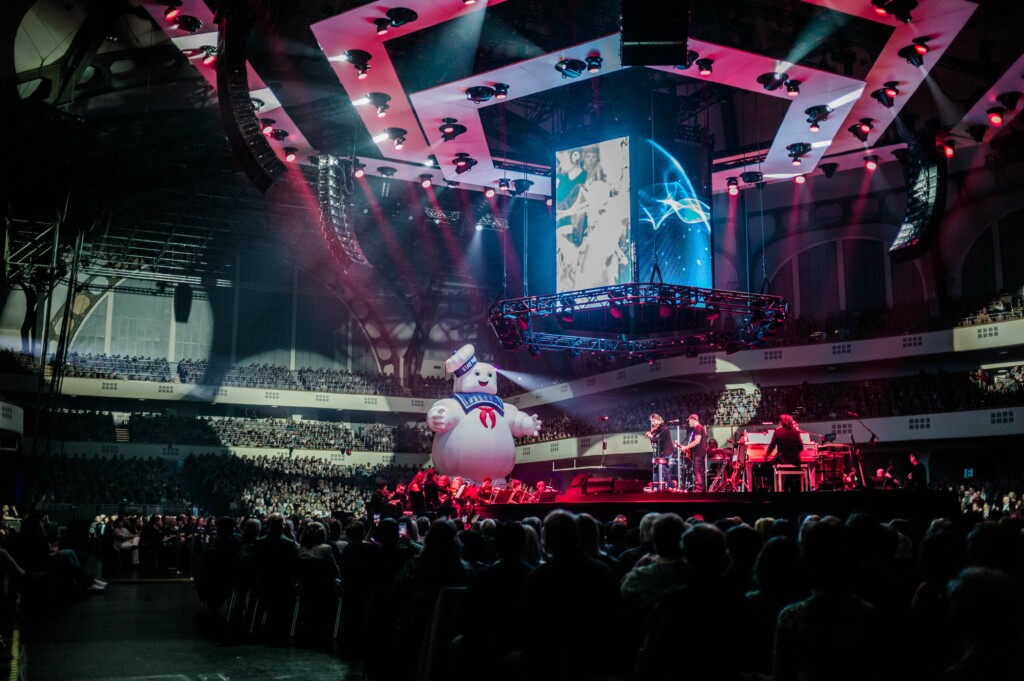 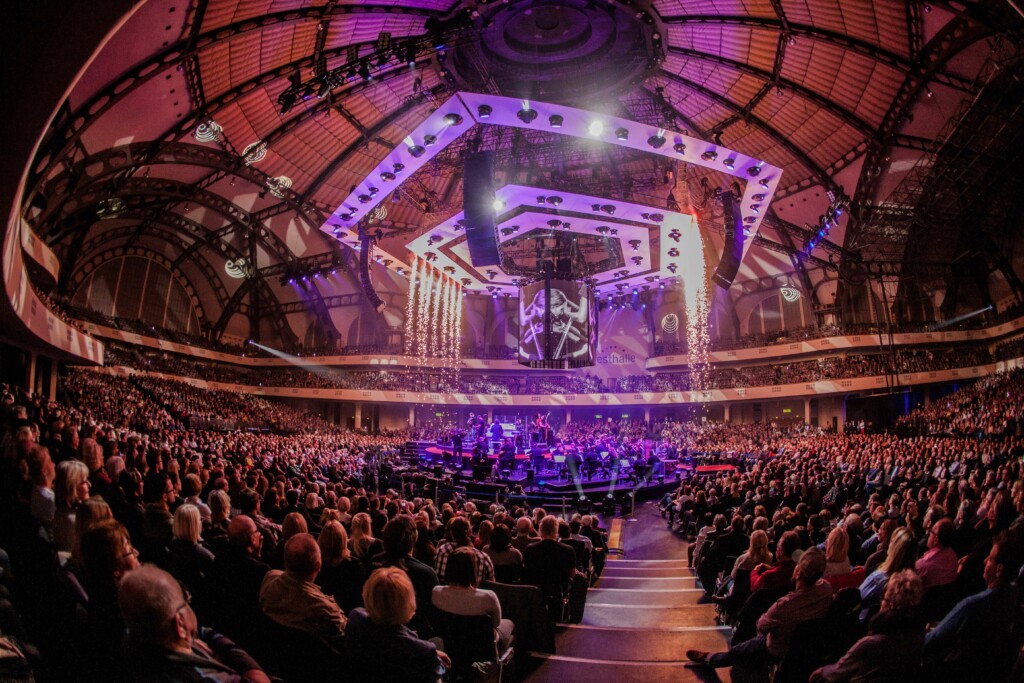 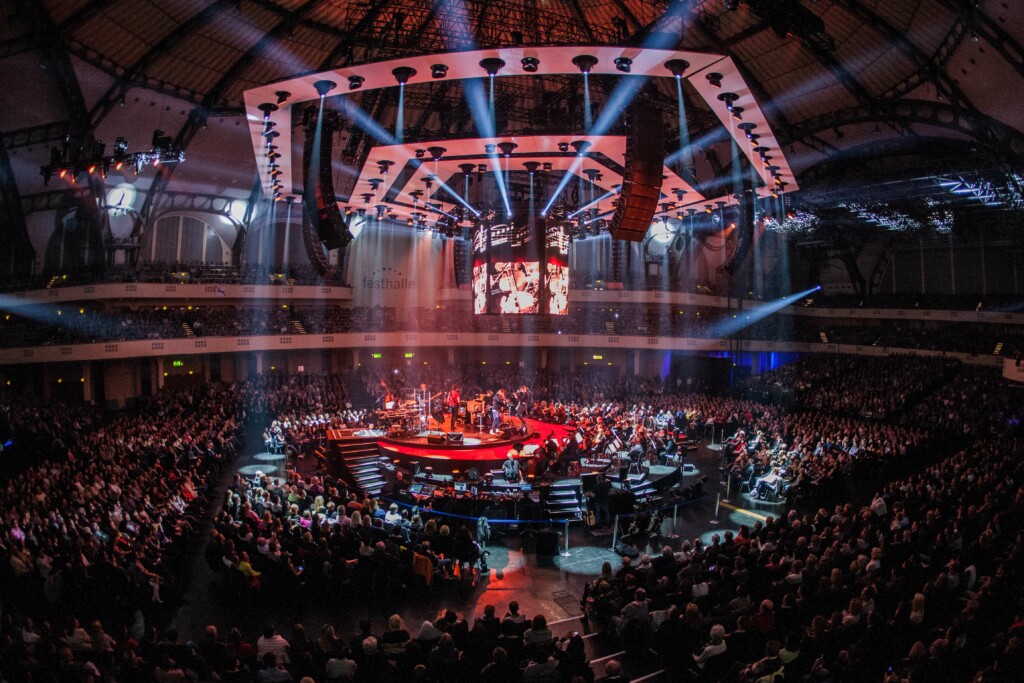 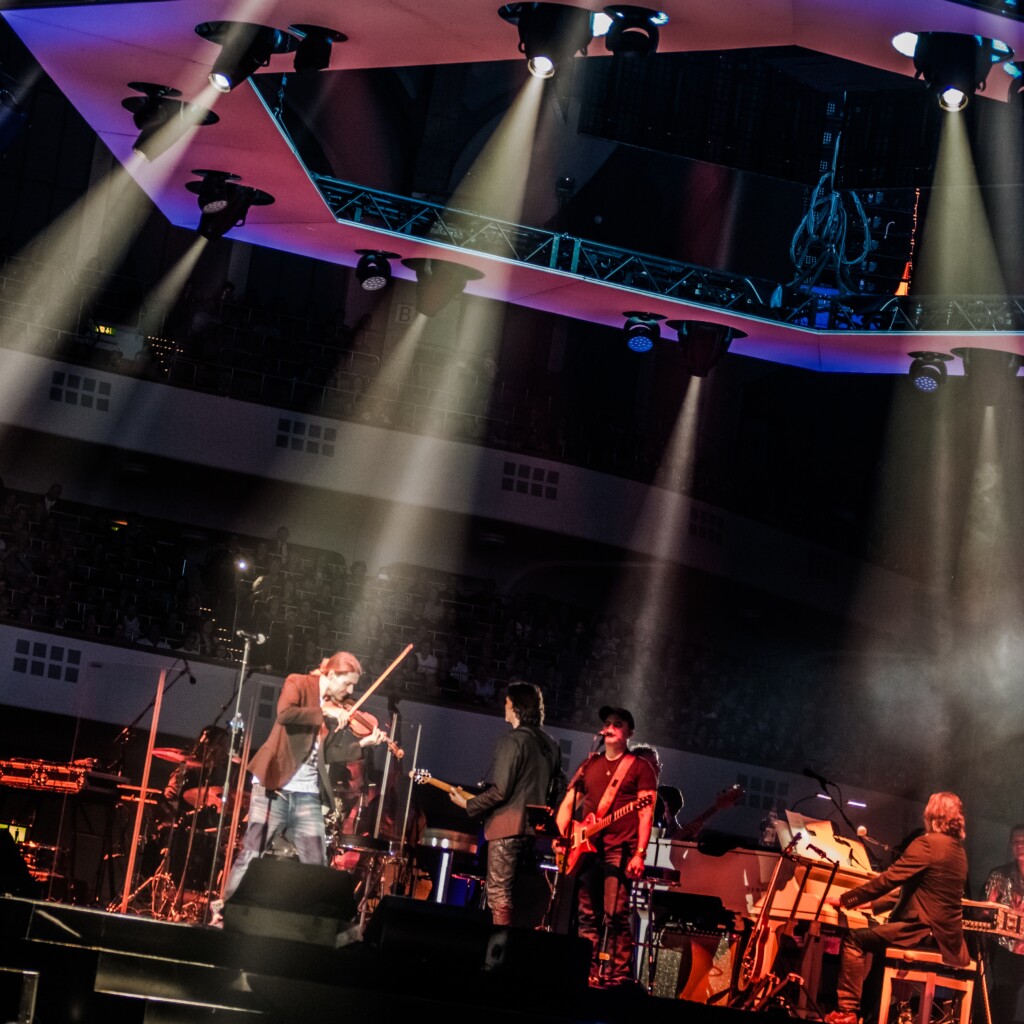 YOUR AUDIENCE IS OUR CHALLENGE!

Whether it’s a case of high winds during storms or complex acoustics at festival locations – our experts get everything under control and know how to inspire audiences.