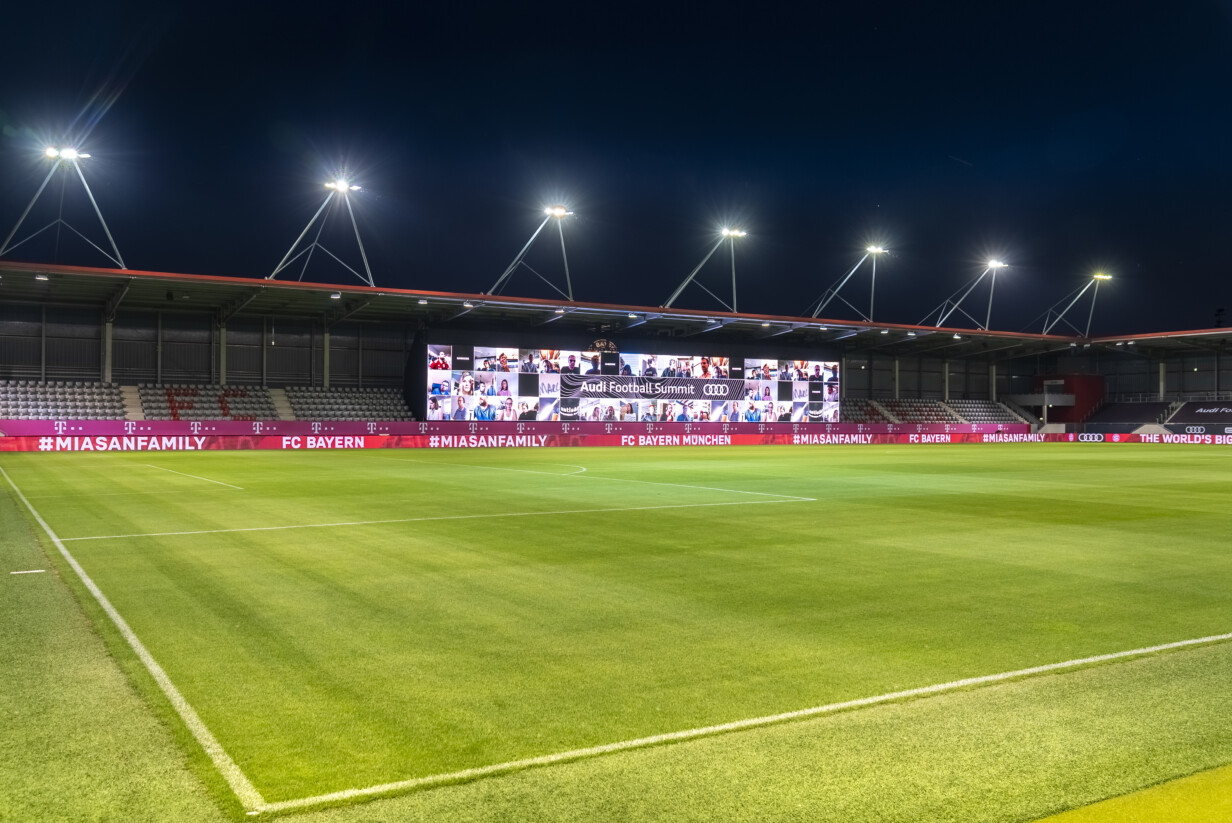 You don’t have to be an athlete to be passionate about sports. Football translates into pure passion for many fans who fill the stadiums as they cheer on their favourite team from the side-lines. Since March, due to the corona pandemic, many sports events have been taking place without spectators. Alongside football, many other sports events, are also currently taking place without spectators. Formula 1 races, the Tennis Grand Prix and swimming competitions have been cancelled or have been held in front of empty audience stands since the lockdown. With a special and unique, so far, campaign in Germany, electronics manufacturer Samsung brought the fans excitement back to the football stadium for one evening in July.

Live there - without being on site

On July 31st, 200 FC Bayern supporters, who had previously been selected from a Facebook competition, were able to watch FC Bayern’s test match against Olympique de Marseille as part of the “Audi Digital Summer Tour”. This did not happen in real life in the Bayern stadium, but digitally on a large LED wall which was installed on the edge of the field. This was made possible with the activation of tech group Samsung, which, based on a concept by Hamburg communications agency Faktor 3, streamed FCB fans onto a 264 square meter LED wall “bringing” them into the stadium. From there, they could digitally cheer live their team. The campaign not only achieved a wide media coverage, but also brought back to the stadium what many are currently missing: passion for football on and off the field.

Hamburg’s marketing and communication agency Faktor 3 brought us on board as general contractor for the technical planning and implementation. We cooperated with the stadium service provider Wilhelm & Willhalm for the construction of the 44m long and 6m high LED wall that we supplied. In addition to image direction, our other tasks also included fail-safe program direction. For this we provided 25 live operators who controlled and monitored the streams and thus guaranteed the fans a flawless streaming experience. The video signals from the Telecom broadcast vehicle, which broadcast the game digitally and free of charge to the audience via Magenta Sport, were also processed by our team.

Together with Frankfurt digital agency Meso, we faced the challenge of developing and setting up a reliable and scalable communication infrastructure and stringent workflow editing. After all, it was necessary to bring more than 225 live streams into the stadium and simultaneously transport the football stream back to each individual fan device in real time. All winners of the FB competition received a link and a pin code to start the web application without any software installation. With the technology we developed, we enabled easy use via the web browser.

The front and backend development were also handled by satis&fy and Meso. Our united goal: to create an entertaining and easily controllable interaction. With an automatic cropping function, we provided a harmonious square image, regardless of the device chosen by the user. As the operator of the stream, we had full control over the displayed content. This way, unwanted content didn’t even have a chance to appear on the screen. Our active fan management ensured a change on the LED wall. For this the streams were renewed again and again. We secured contact with fans using the direct messaging function.

At the start of the Bundesliga season, the clubs will probably continue to play in front of empty stands. With this fan campaign, for the preparation and testing of which we only had a very short time frame, we were able to support Faktor 3 and Samsung in showing the sports world new digital paths for the coming football season. A new football normal for fans and players.

We don’t know when the time for relaxation will come. We only know this much: We look forward to receiving further exciting project inquiries and to join, advise, and provide technical support to our customers throughout their digital journey. For further information please email us at: hello@satis-fy.com 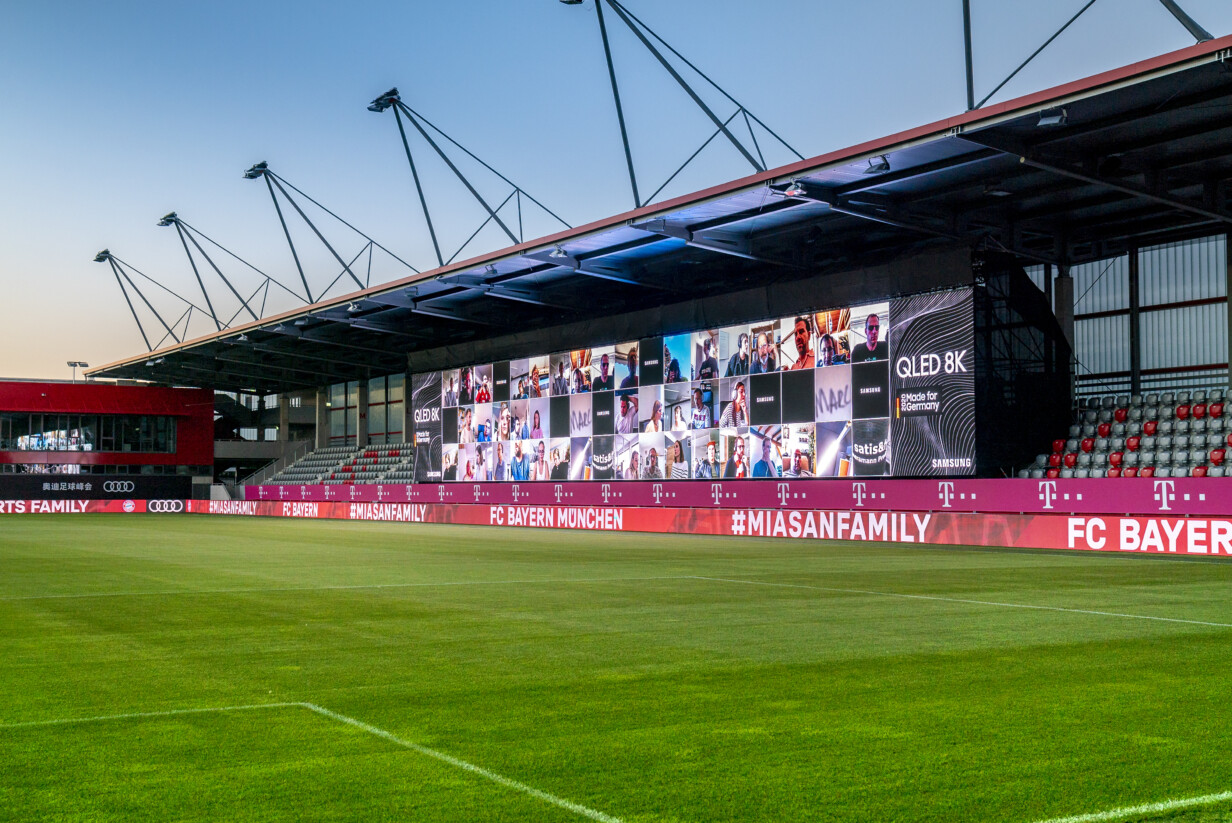 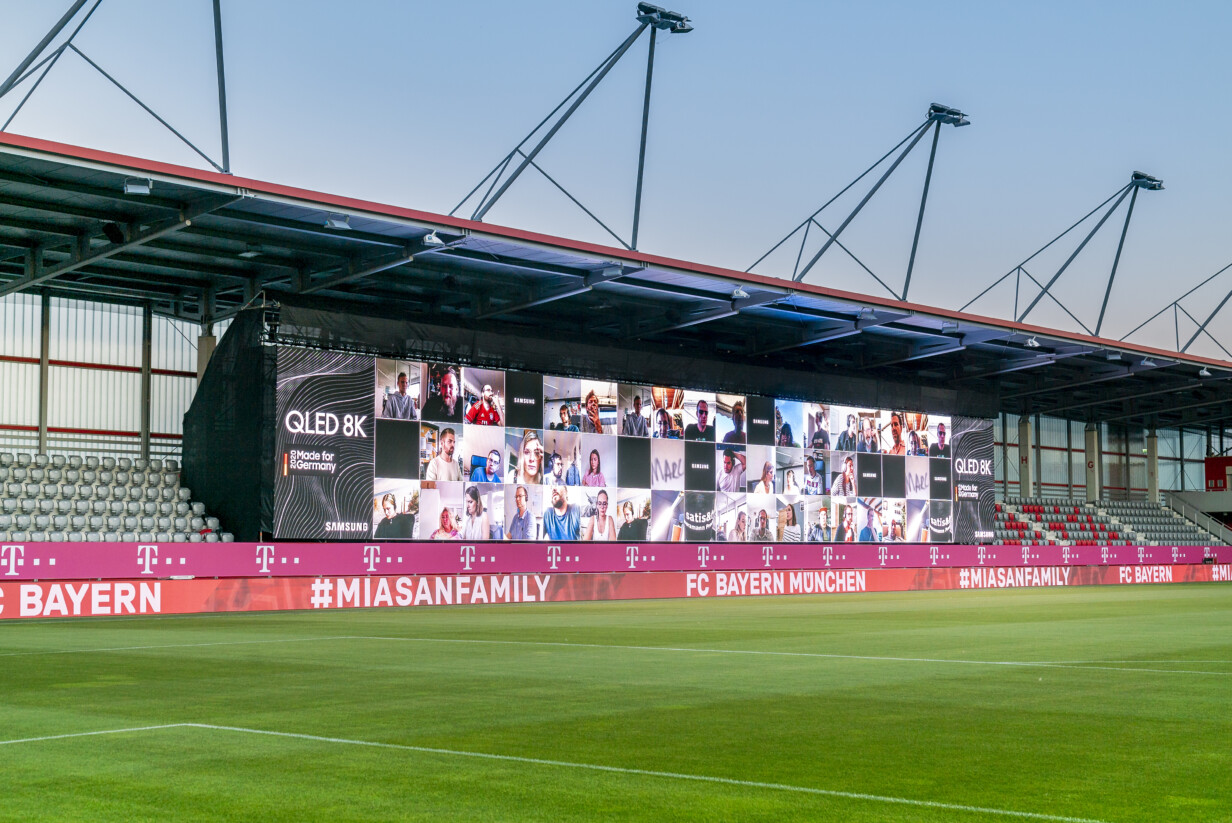 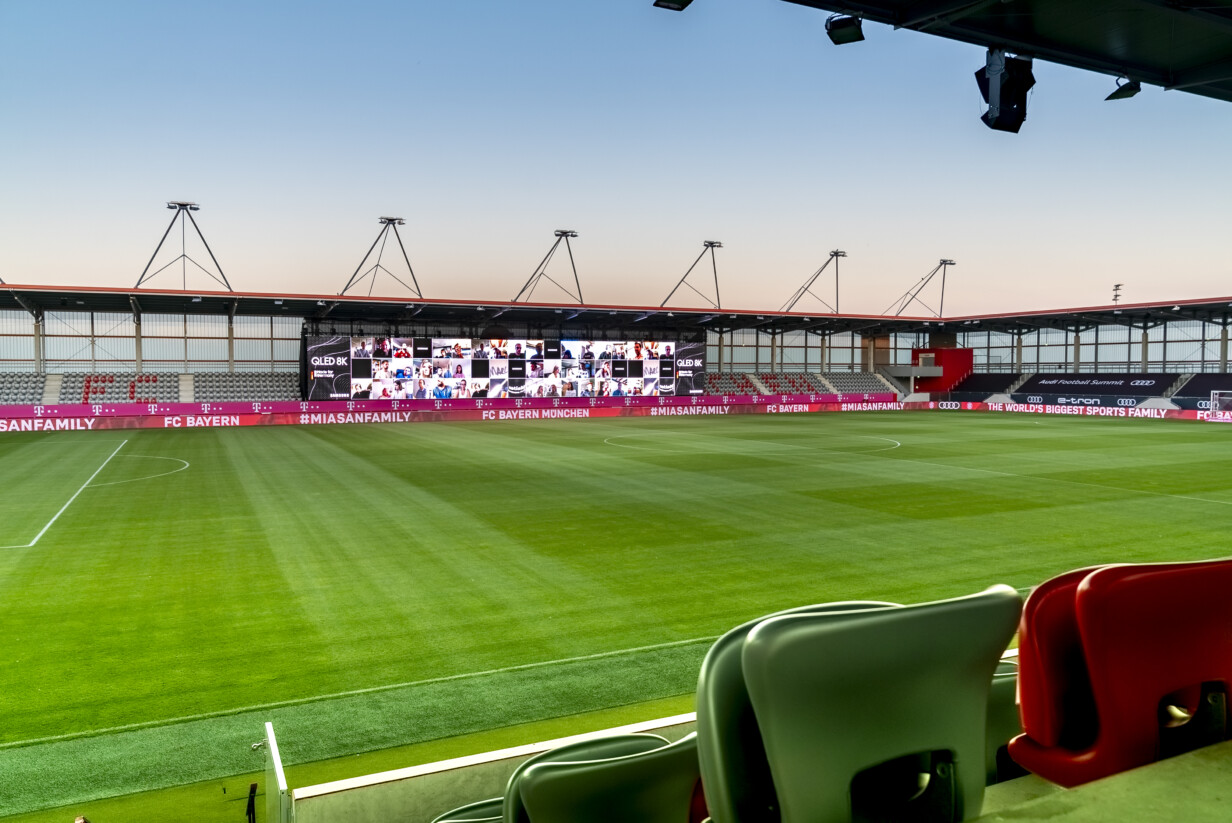 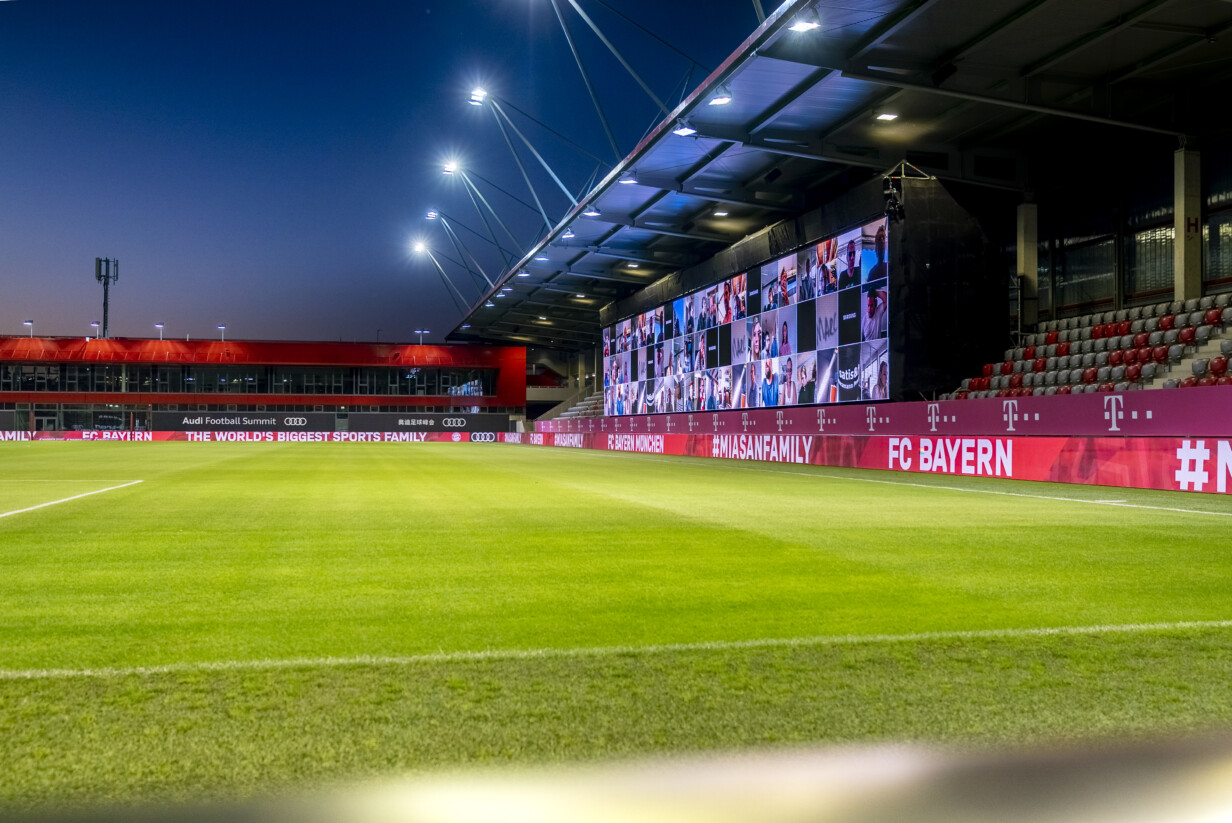 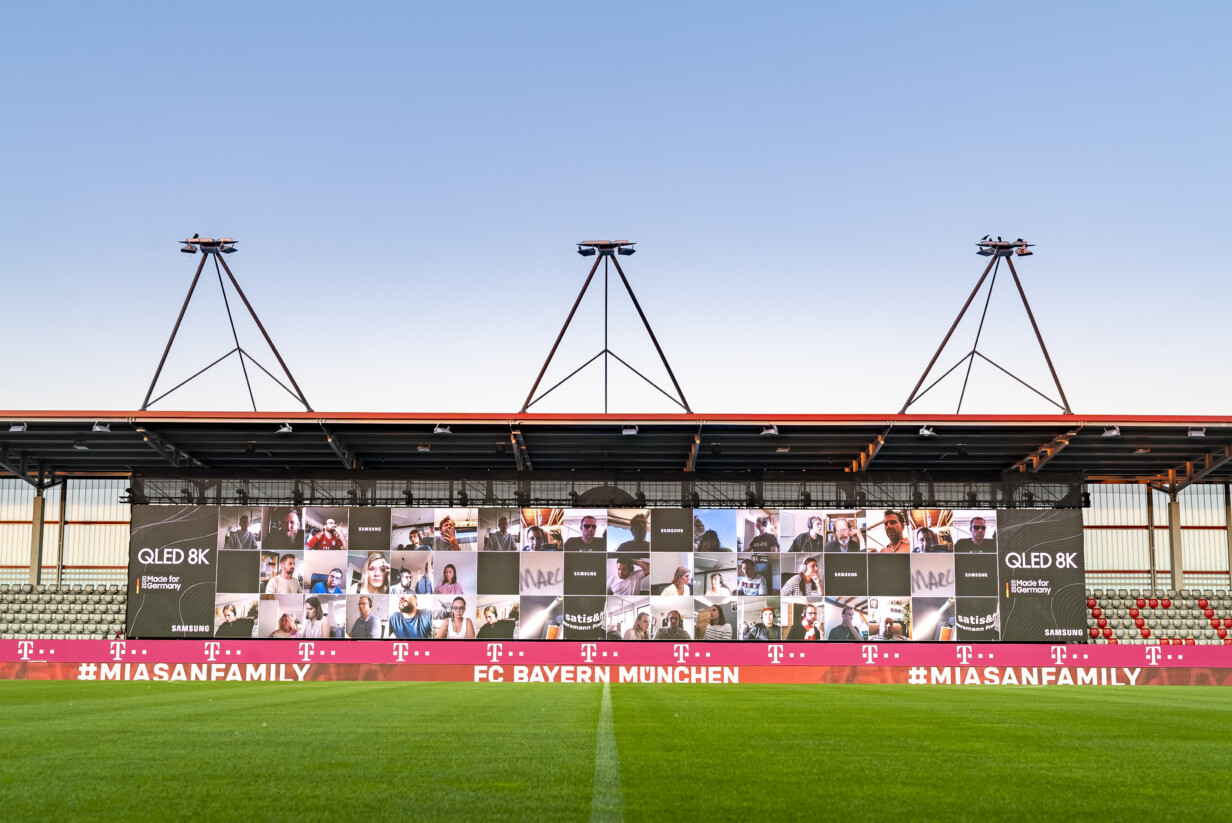