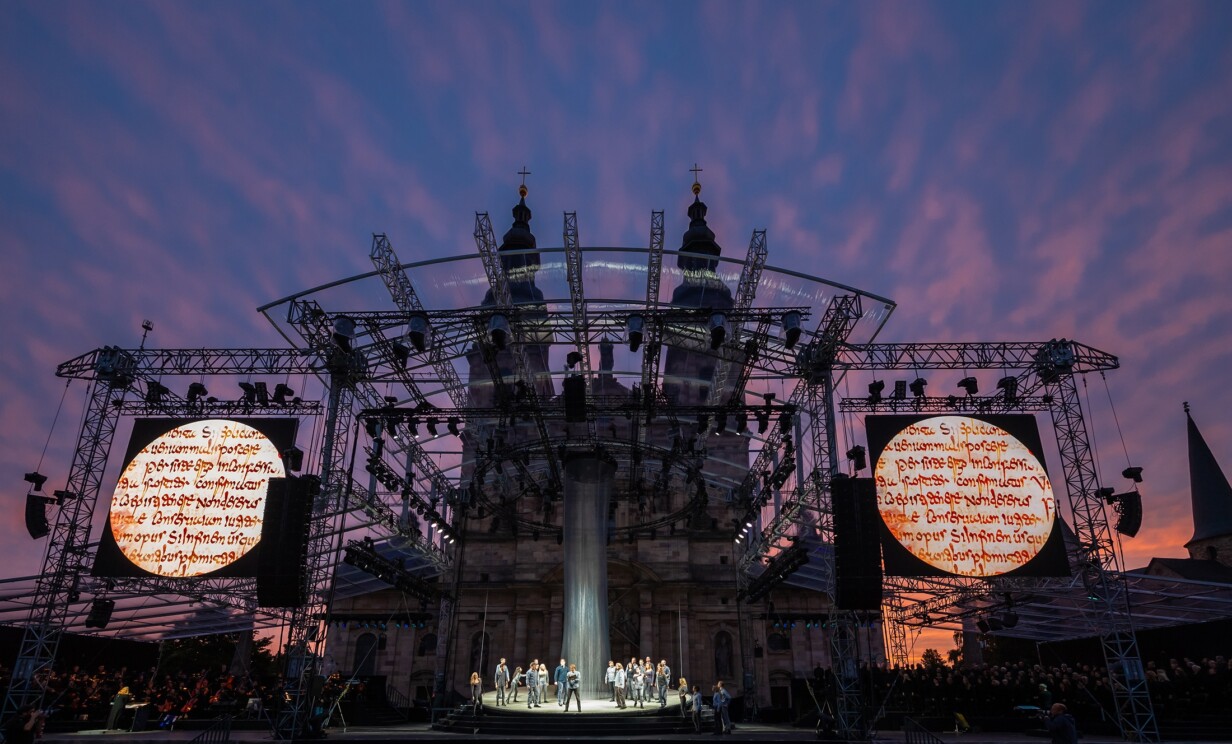 When the cathedral as a projection surface brings history to life

Keen to celebrate its 1275th anniversary with a fitting flourish, the Germany city of Fulda decided to put on an open-air performance of Bonifatius – Das Musical on the doorstep of its famed cathedral. The general contractor hired to make the headlining event of this jubilee happen was satis&fy AG (www.satis-fy.com). One of the biggest projects of its kind in Germany in 2019, this open-air musical presented towering challenges for the production company. satis&fy rose to the occasion, as delighted audiences would attest. Around 4,500 people flocked to the nightly shows on August 22 through 28.

satis&fy tasked Isabel Winkelmann-Grm and Björn Kowalzig to manage the project. The former, an interior architect, says they were onboard right from the start: “When the city’s marketing department approached us two years ago, it was clear from the outset that they were looking to make a grand statement with a premium performance and striking visuals that could be established as a brand. As Senior Technical Director Björn Kowalzig explains it, this was no routine matter: “Stages had been erected in front of the cathedral on several occasions for the annual cathedral square concerts, but they had nowhere near the format of 2019’s superstructure. So apart from insights into a few aspects, there was not a lot of experience to draw on for the anniversary project.”

With its rich history, this city landmark was to provide the perfect setting for the performance of 30 actors, 50 musicians of the Cologne Symphony Orchestra directed by Inga Hilsberg, and a 130-member choir assembled for this project. The size and splendor of the monument made it a fine choice of backdrop for the breathtaking images beamed onto its façade by five high-performance projectors. A laser scanner had charted all the details of the cathedral’s architecture well in advance for satis&fy’s projection-mapping specialists. Two LED walls to the left and right of the stage extended the canvas and augmented the performance with spellbinding digital images created by none other than matte painting legend Sven Bauer of Game of Thrones fame.

The cathedral was the main attraction, but the massive Megaforce tower stage also figured prominently. Covered in a custom transparent canopy and extended with side wings, it accommodated the many musicians and actors, more than 100 microphones, and the L-Acoustics line arrays. Known for their remarkably coherent sonic signature, these sound systems treated audiences throughout the venue to a fantastic audio experience. Around 200 spotlights illuminated the stage. Some were fitted with weatherproof housings – a wise precaution, as time would tell. satis&fy’s Björn Kowalzig says the crew went with Martin MAC TW1s and the like at lighting designer Pia Virolainen’s request. These washlights conjured something akin to intimate “theater lighting” outdoors with their clean, even beams.

satis&fy set up two transformer stations to provide a reliable power source for the 6,790 m2 venue during pre-event rehearsals, preparations and setup. Battery-backed LED luminaires on the FOH tower and stage portal were in place to furnish emergency lighting in the event of a power failure, providing a stopgap until the light poles erected at neuralgic points were back in operation. Generators were standing by for the worst-case scenario, ready to power the lighting poles. LED walls provided information about the proper response to emergency situations and about unscheduled events in the program. For example, when the organizers had to postpone one evening performance because of heavy rain, the easy-to-read LED screens alerted the crowd to the hour’s delay in good time.

Bonifatius – Das Musical not only wowed the crowds on site; it also garnered nationwide attention with major German broadcasters such as RTL, Sat.1 and ZDF reporting on the event as part of the city’s 1,275th jubilee. satis&fy’s sophisticated tech, support and logistics played a big part in this success story. 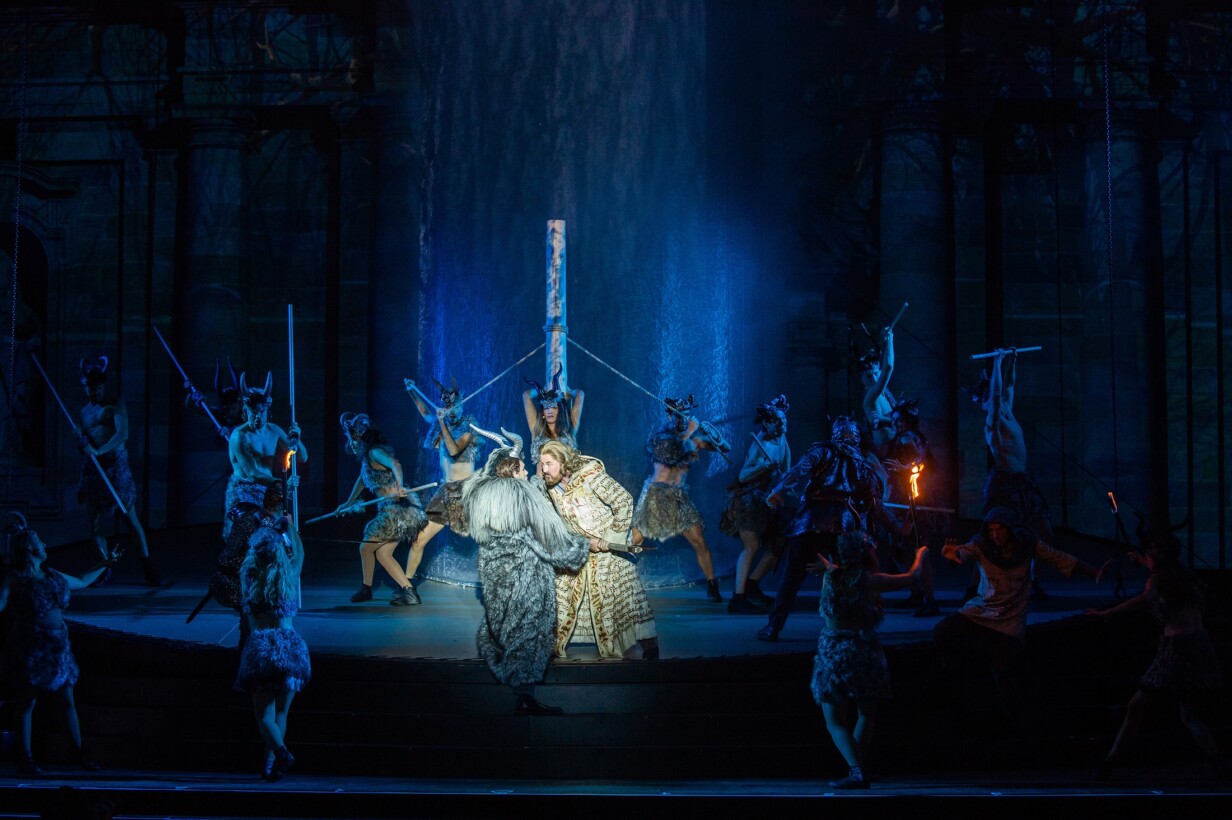 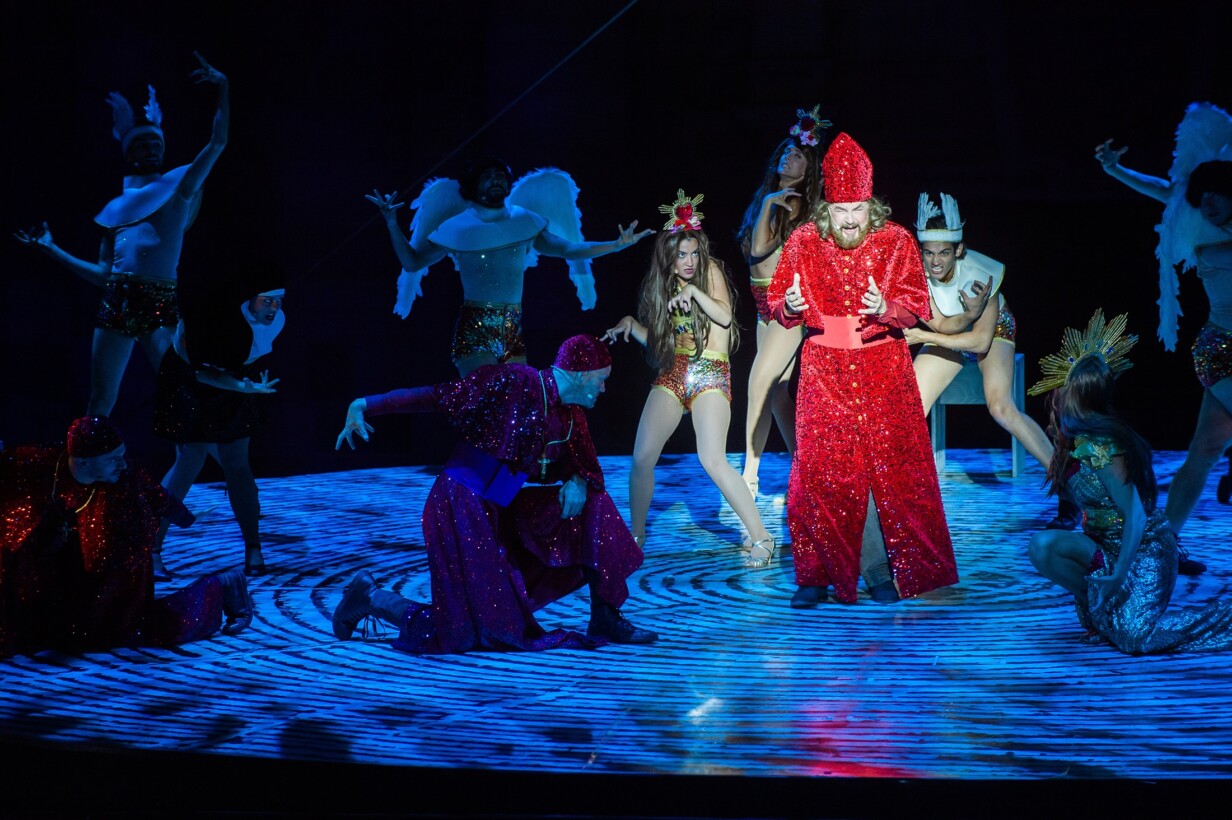 Behind the scenes \ How we work 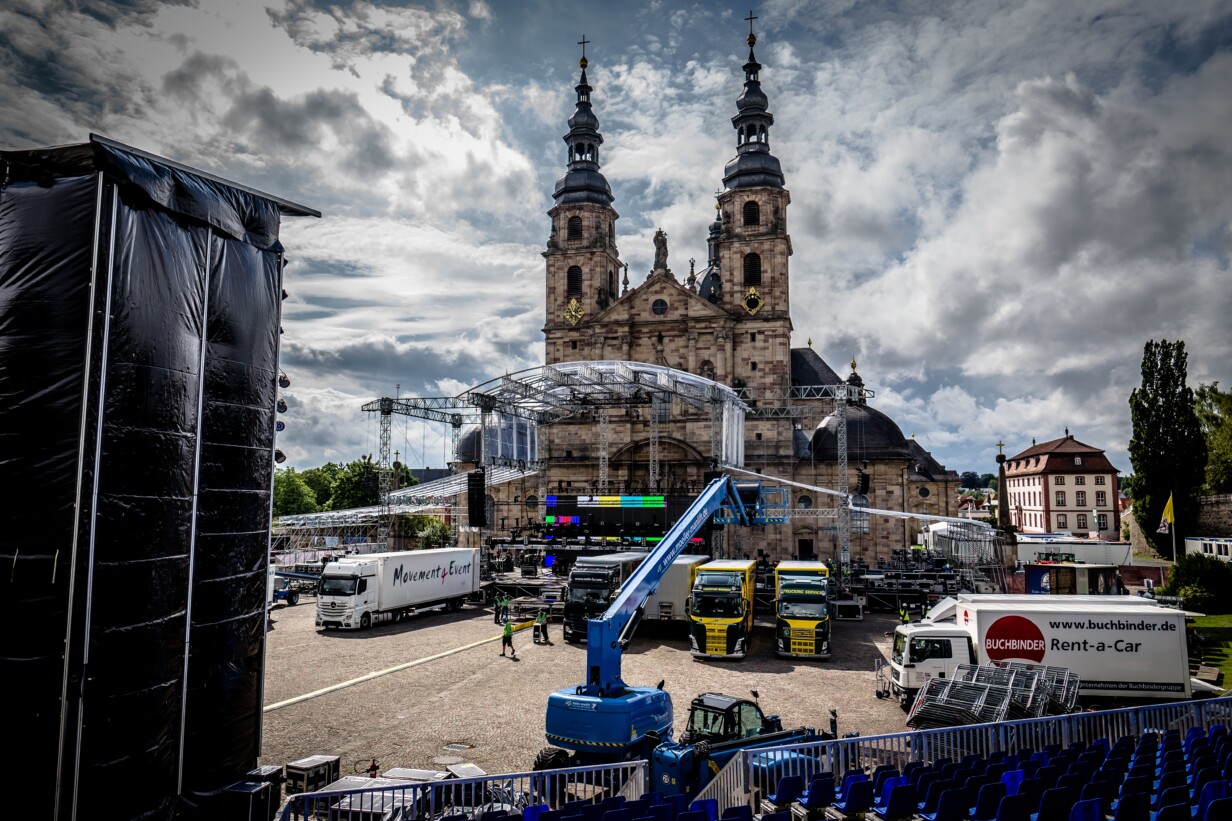 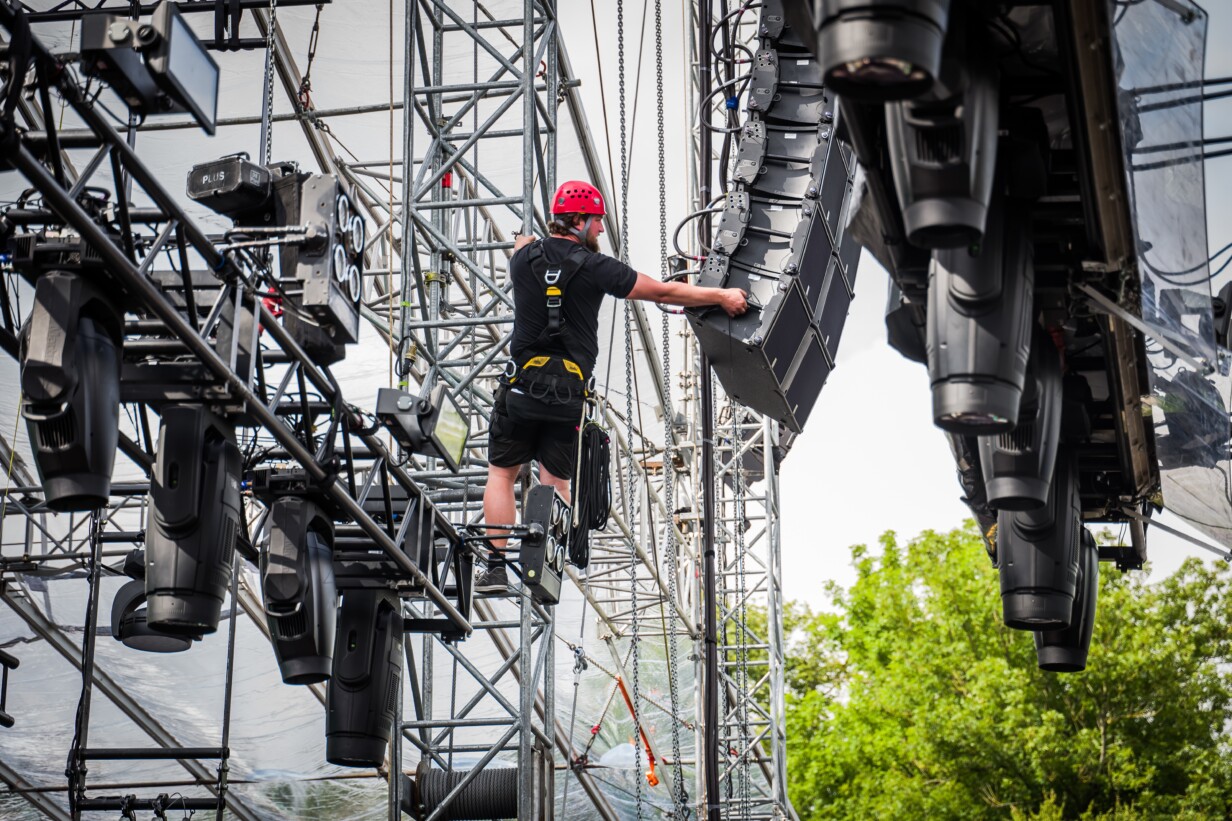 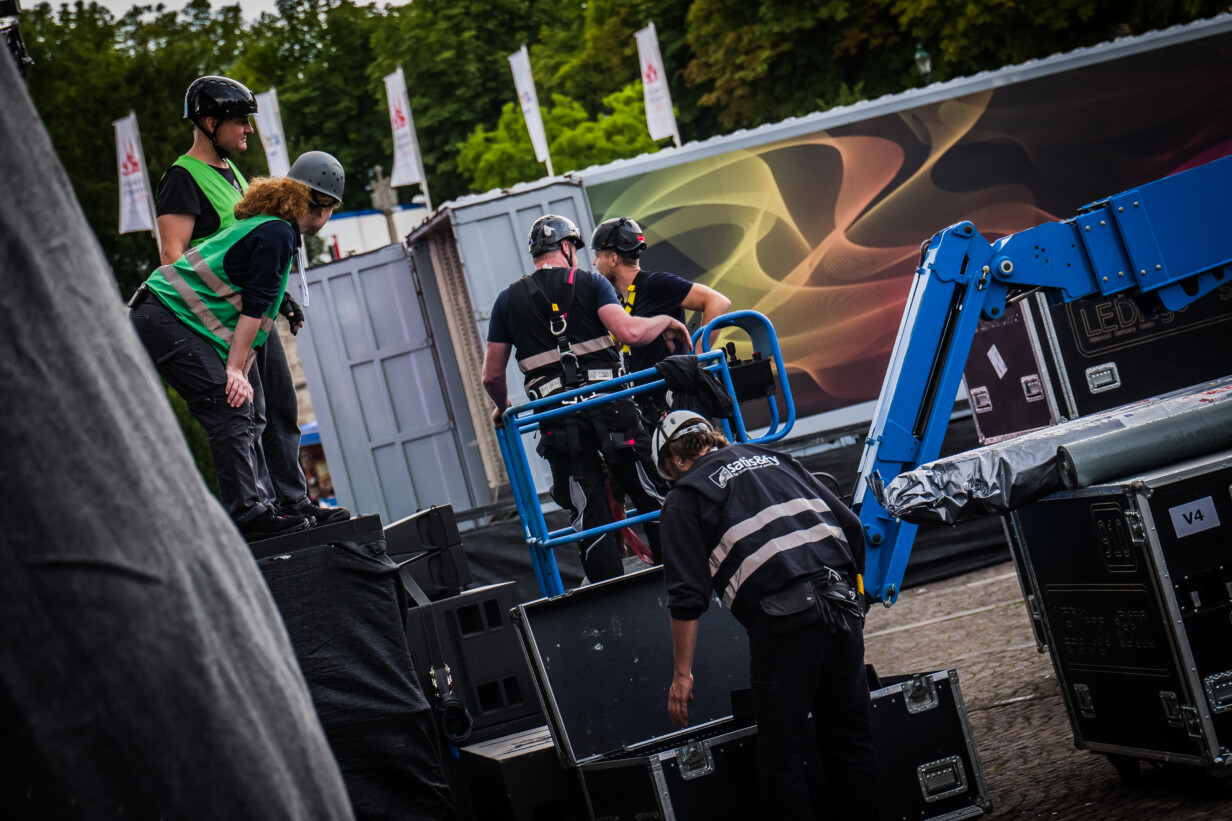 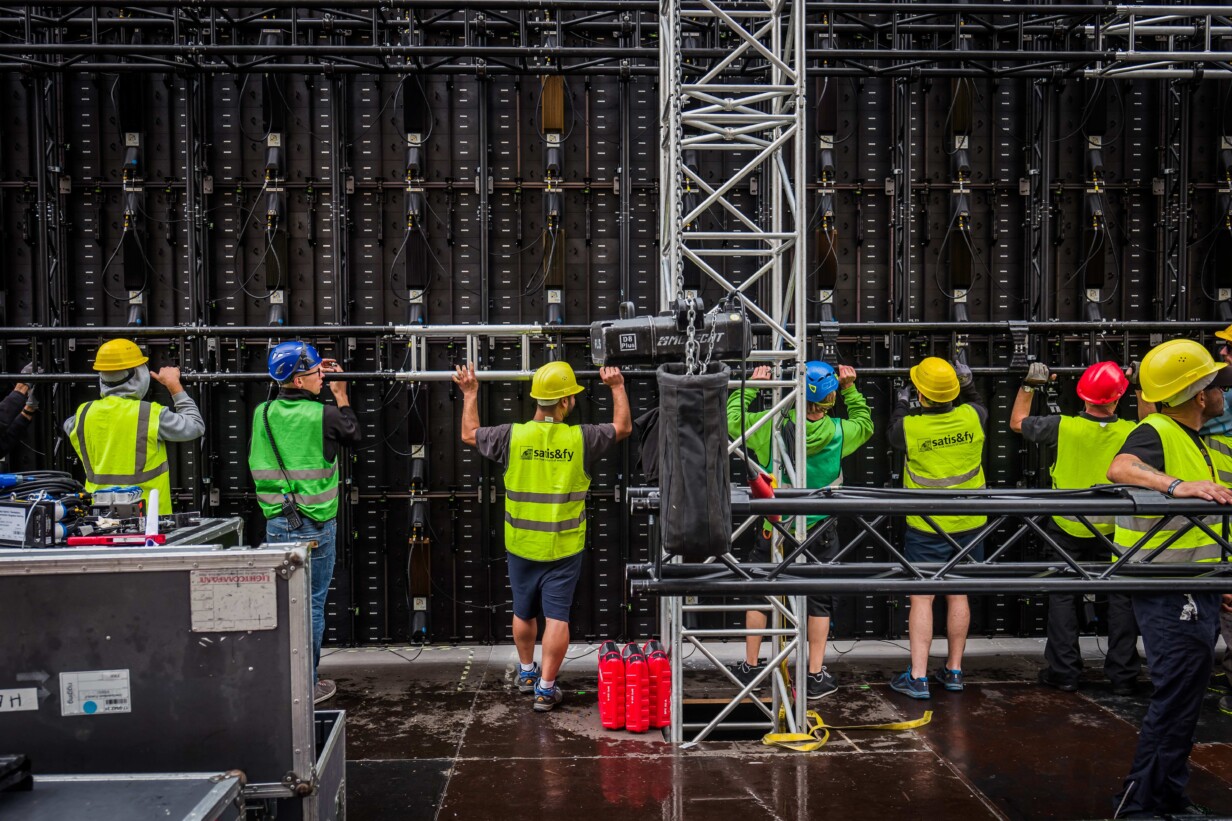 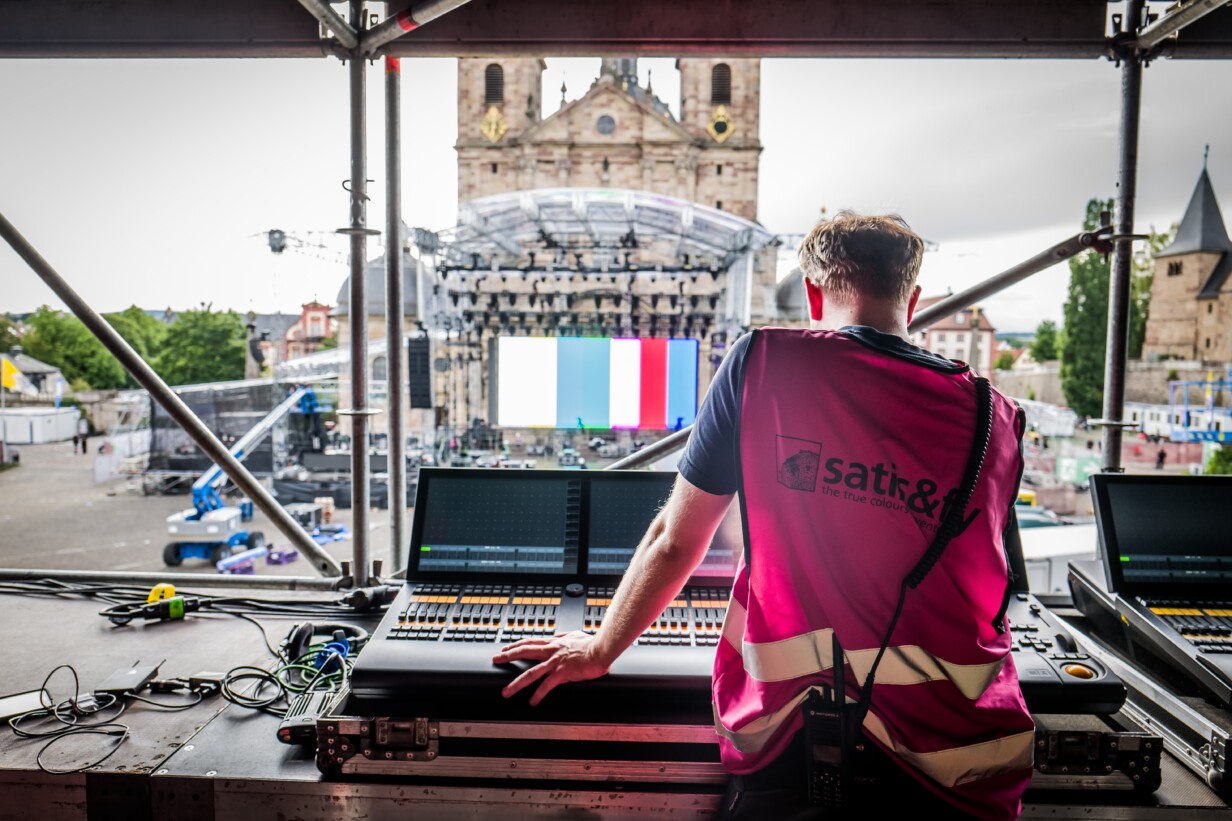 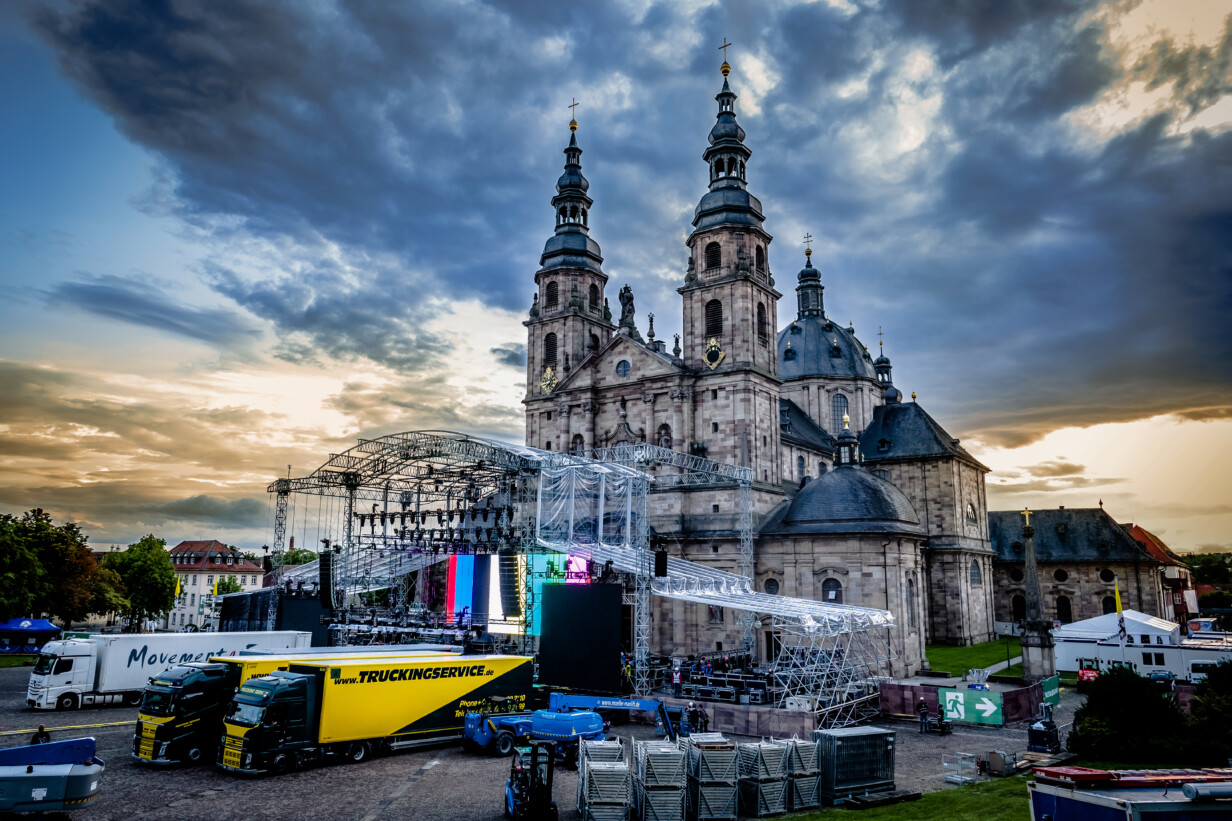 Your idea is our challenge!

We use the power of light, colours, shapes, images and sound to create WOW experiences and convey messages.

No matter whether it is a city festival, church congress, public viewings, sporting events or public exhibitions – we are the ideal partner for the media production of your event.