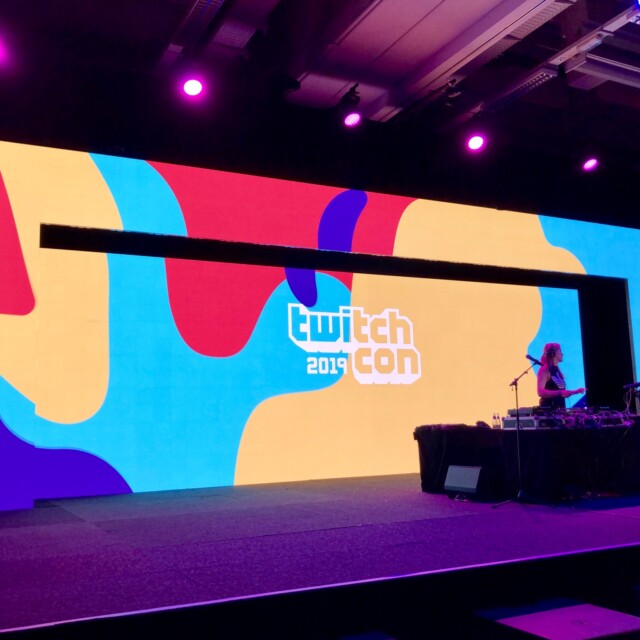 Members of the Twitch community spent over seven billion hours watching games in 2018 alone, which puts Twitch well ahead of YouTube in the live streaming stakes. Amazon took Twitch, an American company, over in 2014 for a whopping 970 million US dollars. This is but one of many reasons why the first European TwitchCon at Messe Berlin on April 13 and 14, 2019, was a very big deal indeed for satis&fy’s equipment and logistics planners.

The crew had just three days to set up more than 200 metric tons of gear hauled to the CityCube, Messe Berlin’s convention and event arena in fifteen trailers. The payload included special builds such as the Selfie Corner with 64 hard-to-find tube monitors of the same make arrayed on multiple levels. This was just a small part of the vast arsenal of equipment deployed to a convention that attracted 14,000 visitors and sold out well in advance.

The satis&fy locations at Berlin, Werne and Frankfurt pitched in to furnish all this equipment. Eight crew chiefs, two project managers, two project assistants, one technical manager, three logistics experts, 45 technicians with various specialties, and 25 helpers toiled away every day at the CityCube to set up for the event. satis&fy’s peoplepower and vast equipment pool were instrumental in gearing up for this event. The meticulous logistics and a smart setup schedule that called for each empty case to be hauled out of the venue and back to the 15 trailers greased the wheels of a huge event-making machine. The great communication with the customer, the international agency that helped with the preparations and the American event coordination company did the rest to swing this gig. The different time zones and a tight schedule with the order-plan-setup song-and-dance squeezed into a very narrow window had the crew running shifts around the clock. Much of the work was done at night, in part to respond to very late changes, some of which came just a week before the event was to start. 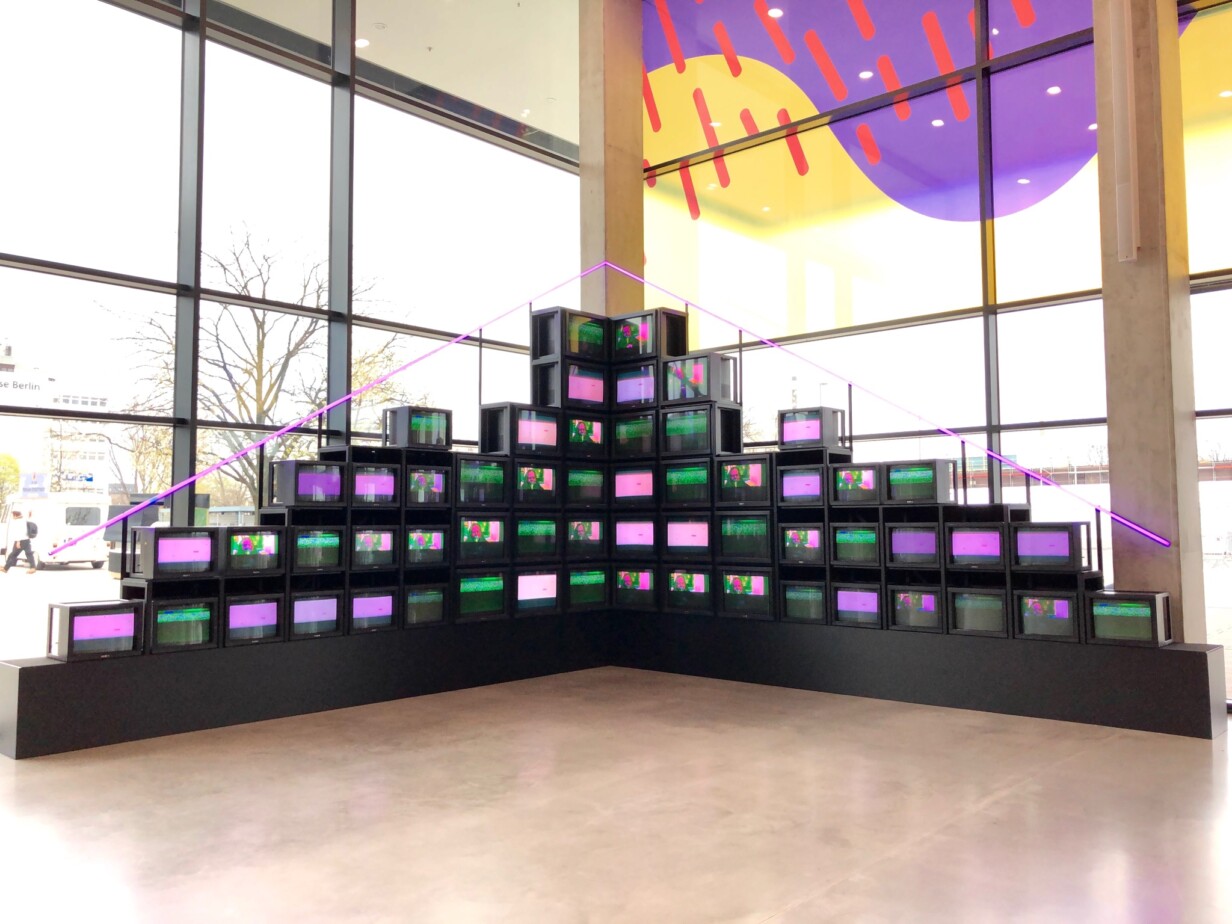 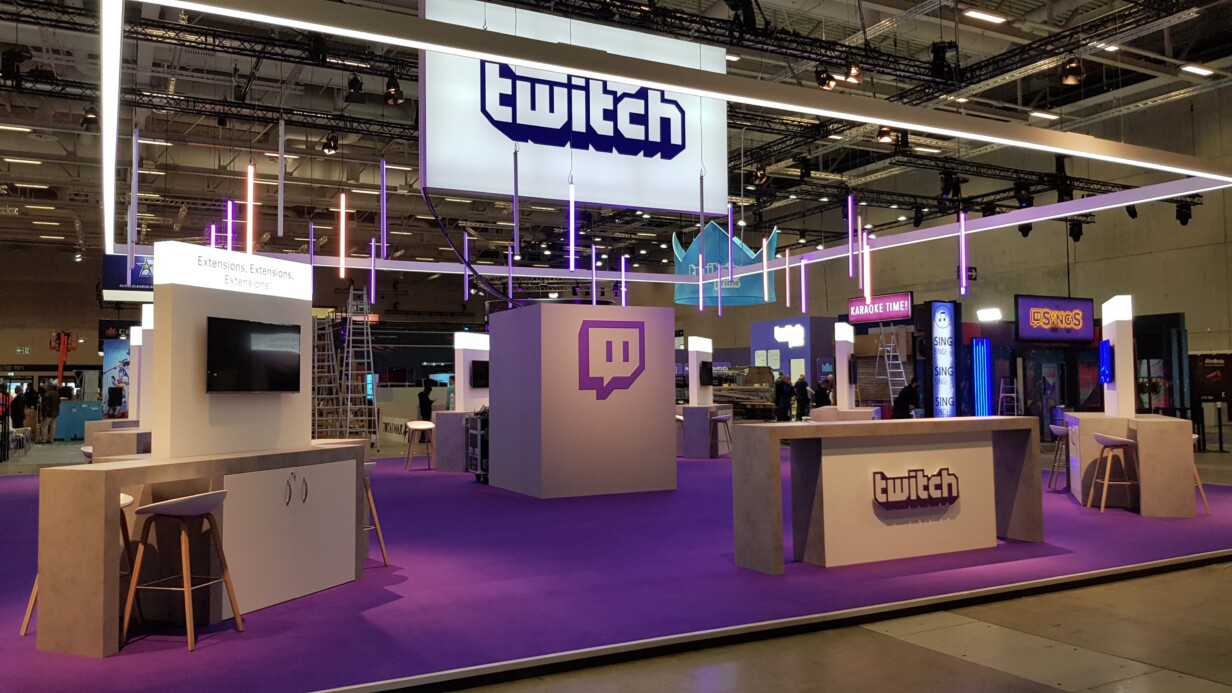 This convention was far more than just a trade fair for gaming station vendors. Keynote speakers shared their thoughts, eminent influencers sat down for chats, and Twitch launched its Rivals series of esports tournaments. Live acts rocked the house, streamers flocked to the Twitch Creator Camp, and Twitch developers talked shop at the Product Pods.

satis&fy set the stage for the entire convention, apart from the individual exhibitors’ stands. The work was varied, so the scenic/special builds, lighting and AV crews all had plenty to do. Connectivity, camera tech and power generation were also on the to-do list. Scouts scoured the countryside for rare gear such as the 64 old-school tube monitors of the same model that added a refreshing retro touch to the Selfie Corner. The various stations on the main floor of TwitchCon’s expo area were not the only attraction. There were more sets to build and equipment to set up in the 12 breakout rooms, various other spaces and niches in the corridors and outdoors. satis&fy called on all its event tech services to get the job done.

It took just a day to tear down and pack up the entire array of equipment. Some may have had their misgivings about this timeline’s feasibility, but the crew dispelled all those doubts. The 15 trailers were loaded up and ready to roll home before the minute hand said, “Time’s up.”