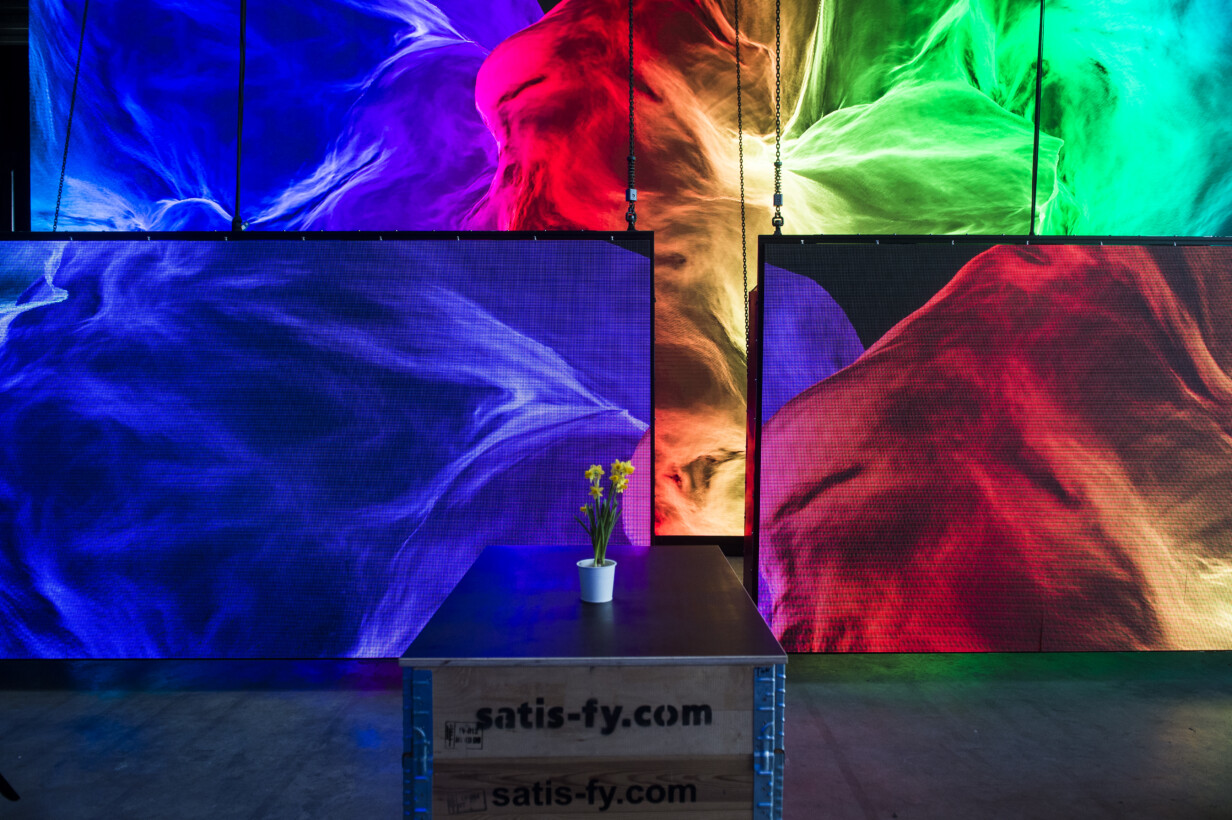 Tech matters .... now and then

When I set out on my annual spring recon missions at trade fairs, I do so with my eyes and ears peeled, mind open, and heart receptive. My pedometer racks up at least 14 kilometers a day as I prowl the halls of Amsterdam’s IBC or the-four day Las Vegas CES (Consumer Electronics Show). Now, CES is the world’s biggest trade fair for consumer electronics. So why would we as a production company go there, of all places, to let our eyes wander, ears sound out the scene, and our pulse pick up at the prospect of hot new tech?

Well, consumers matter to us. We want our solutions to awe and amaze the end customer – and that is the consumer who is constantly exposed to emerging new tech for the home. The end customer wants a scintillating experience; our clients want unique selling points (USPs) that set them apart, so getting hip to new trends at trade fairs like CES makes sense. What emerging tech is going knock socks off today and continue to thrill tomorrow? Are there any innovations or reinterpretations of familiar gear that will wow the consumer tomorrow? Can we beat the market out of the gates to give our clients a head start?

Say it with a splash, not a snore

CES is not a temple for worshipers who wish to sing the praises of utility. For vendors, it’s about making waves and pulling in crowds of consumers on a riptide of euphoria. The practical implications of these innovations is a secondary concern. But if some new gizmo pushes our buttons, if an idea looks too sweet to ignore, then we will have to figure out how to make it work. Bridging the divide between fireworks in the mind’s eye and function in the real world is risky business, but that’s a risk we have to take.

Forgive us if you’ve heard this story before, but Tom Cruise was seen to be fiddling with a gesture-controlled, free-floating GUI in the movie Minority Report back in 2002. Three years later, we got the first email asking if we could concoct something like this holographic display. It wasn’t to be the last such request. After a dozen or so years of tinkering, we came up with a solution that allowed us to just say yes to questions about these monitors. By the way, LG presented the first transparent OLED displays in 2017, so they had been researching in much the same direction. The lesson here is that the early bird catches the customer; the latecomer is left holding the worm.

The starship Enterprise’s holodeck has gone from fantasy to virtual reality. The year 2006 saw Madonna dancing with gorillas in what looked like a hologram. That illusionary force has found its way into the event world, even if it was done with mirrors.

The consumer universe spins faster than the events world. We’ve been hanging lamps from trusses practically since electricity doomed the gas lamp. Well, not quite that long, but our knack for seeing the potential of an idea or invention has served us well when we can turn it into an asset for the client – that is, a USP that enchants the end customer. That’s the point where emotion and tech intersect to create that moment of miracle and wonder we’ll call “techstacy.”

Events are not facing extinction any time soon, but they will have to evolve to become less fleeting, more sustainable digitally enhanced experiences. The before and after will have to become part of the party. VR and AR will enrich the experience and provide all kinds of feedback and intel for participant management staff to mine. Soon Big Data will be knocking at our door.

So, what was there to discover at 2019’s CES? We learned that the first foldable smartphone does not go to Samsung’s credit; Royole beat them to the punch. You may be saying, “Who’s that?” now, but we’ll remember the name when the first client asks us if he can’t get a 55” folding screen or a monster display that rolls up like the Big Friendly Giant’s yoga mat. Actually, a roll-up TV was already on display at the trade fair.

Not everything cool at the show was digital. The monochrome, 4-by-2-meter split-flap display for real-time info was a charmer. Older readers may recall having one of those ‘70s-vintage flip-clocks on their nightstands, the leaves turning over to click out the hours. This unabashedly retro display would surely stand out among a crowd of 8K displays and turn heads for a client. A one-of-a-kind display like this merits mention and a little gold star in our notebook.

Then there were showcases presenting wireless command-linked helicopters alongside remote-controlled sex toys. Hmm – best to just walk on whistling The Face’s “Ooh La La.” Another featured toy would surely make a far more appropriate plaything for some – a Harry Potter wand. Before you stifle a yawn and start muttering a vanishing spell, know this: This wand really is magical in that it enables object-oriented programming. Its wielder learns to program software by doing, so it could be a nifty teaching tool for satis&fy apprentices.

An occasional change of perspective can work wonders. It’s edifying to look at hip new tech through the consumer’s googly eyes and perhaps add another arrow to our high-tech quiver. And even if the modern world would seem to be all about the visuals, wondrous things spring eternal in the audio sector. One example is Holoplot; another is wave field synthesis. They offer unprecedented possibilities for video conferencing, consumer experiences and so much more.

The trend scout also sees CES as a design fair; a place to check out eye-catching showcases and jaw-dropping productions. This year’s LG booth stood out with a mondo wave made of many intertwined curved displays. It was less the technical fireworks and more the persuasive imagery that impressed. There’s a lesson in that: In this game, it’s not so much what you got; it’s how you show it. And that applies to whatever you’re selling, be it a song or a shoe.

Our Dragon O has hatched. Unlike conventional projection and LED screens, Dragon O is a 3D backdrop made of LED ‘threads’ that let you view videos from all angles. We showed a combination of Dragon O and Holoplot as part of this year’s Prolight + Sound at our headquarters in Karben to give folks an idea of the potential applications. Recently, the Lancôme brand showed very impressively how the Dragon O can be used.

Speaking of emerging technology development, we are also exploring new possibilities for modern storytelling. Efforts are underway to develop a workflow that will enable us to come up with mixed-reality scenarios for an event’s attendees, practically overnight. Mobile devices or headsets are to enrich the experience. We aim to combine architectural surveying tech with classic media design tools to this end, and will write a how-to guide on creating content with these tools.

Another topic looms large on the horizon, 8k. These days, every Jack and Jill with a smartphone has experienced the joys of HD. Devices with 4k resolution are on the advance. Waiting for the next evolutionary stride is not our style, which is why we’re busy testing new devices and applications for events.

The bottom line: We keep in touch with researchers and tabs on the market and consumers. When something interesting surfaces, we try to be creative, looking beyond our horizon to push ahead towards promising new developments.

Got curious? You can stay curious 😊